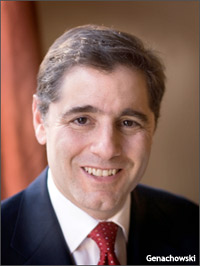 The $18,000 cell phone bill may soon be a thing of the past if a new wireless initiative works as planned.

Through a voluntary agreement announced today between the wireless industry and the Federal Communications Commission, wireless customers will be alerted when they are about to exceed their monthly usage limits on voice, data and text and incur additional fees.

Under the plan, subscribers will also receive real-time alerts after they go over their limits, and notification of roaming charges when traveling abroad. The aim is to do away with “bill shock,” when customers are surprised by huge monthly charges.

Last year, the FCC proposed regulations that would have required wireless operators to provide voice or text alerts to providing overage alerts to subscribers. An agency survey showed that one in six mobile users, or about 30 million people, had experienced bill shock. In the first half of 2010, the agency said it received 764 complaints from mobile consumers hit with unexpectedly high bills for going over monthly limits or roaming charges.

The largest was for a whopping fee of $68,505. Another highly publicized instance of bill shock involved a Boston-area man whose son had racked up $18,000 in cell phone charges from Verizon after his free data downloads expired without notice.

The major carriers and the CTIA, the wireless industry trade group, opposed regulation but were able to reach an agreement with the FCC following negotiations over the last year. Under the voluntary plan -- called the Wireless Consumer Usage Notification Guidelines -- new alerts will begin within 18 months and cover both mobile phone and tablet services.

The alerts from carriers will be free of charge to consumers, although people will be allowed to opt out of the program if they want.

“These alerts will give consumers the information they need to save money on their monthly wireless bills. Consistent with the FCC's ongoing efforts, these actions harness technology to empower consumers, and ensure consumers get a fair shake, not bill shock,” said FCC Chairman Julius Genachowski, in a joint statement issued Monday with the CTIA and Consumers Union.

For his part, CTIA President and CEO Steve Largent said the agreement was an example of how government agencies and industries can work together when it comes to considering new industry rules. A separate statement issued Monday by FCC Commissioner Michael J. Copps, however, noted that the door is still open to future regulation if the voluntary approach proves ineffective.

“Should bill shock remain a problem despite industry efforts, a future commission will be able to adopt and enforce anti-bill shock rules,” Copps stated.

With each of the major carriers except Sprint shifting away from unlimited data plans to usage-based service, the potential for bill shock is likely to increase.