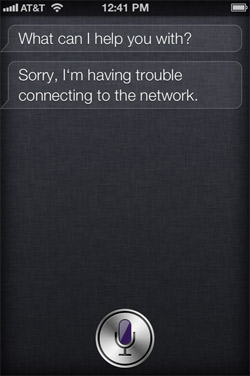 Apple reports this morning that the latest version of the iconic iPhone, the 4S, sold more than 4 million units in its first three days on sale. The phone went on sale Friday at Apple retail outlets and its major carrier partners AT&T, Verizon and Sprint, as well as retailers such as Radio Shack and Best Buy.

With so many carriers and outlets selling the new Apple release at once -- a much broader footprint than previous launches -- Apple claims the 4S achieved more than double the initial sales of the iPhone 4 in its first three days on sale last year.

While technical glitches delayed many new iPhone recipients from activating their iPhone 4S units at midday Friday, this launch was not met by widespread reports of phone sellouts. Apple appears to have been prepared to maintain a fair supply throughout the chain.

The company says that more than 25 million of its customers are already running the new operating system less than a week after release. iOS 5 enhances performance on many iPhone legacy models and adds a more flexible notification system, direct messaging between iOS 5 devices, a Newsstand for subscription content and numerous other updates.

Chief among the new features in iOS 5 is the introduction of the iCloud, virtual storage and back-up space, which lets user store music, apps and other data for access from any iOs device or most desktops. Apple says it has already registered more than 20 million iCloud users.

The iPhone 4S is already available in the U.S., Australia, Canada, France, Germany, Japan and the UK, with 22 more countries getting the new phone on Oct. 28, and 70 more by year's-end.

In addition to activation glitches last Friday, one of the standout features of the iPhone 4S, a voice assistant named Siri, had trouble staying active over the weekend. The Siri service recognizes natural language commands and questions for the phone, but parts of its operation require use of the Apple servers. Through much of the evening Friday the system was unavailable, with sporadic outages through the weekend and into today.