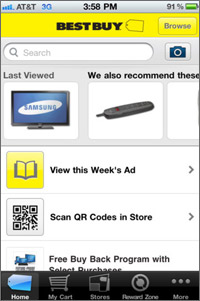 Nielsen has struck a partnership with Carrier IQ to measure the performance of mobile services, networks and devices. The alliance will leverage Carrier IQ’s software deployed on more than 150 million mobile devices worldwide. That allows the company to monitor performance directly on phones, providing carriers with data about the user experience.

It already provides insight in many areas, including the number of U.S. mobile subscribers, market share among devices and mobile operating systems, customer satisfaction and mobile ad effectiveness.

For voice service, this will include tracking things like dropped calls, ineffective attempts, signal strength and signal quality. On the data side, the metrics will include connection success rates, throughput and task failures.

One fertile area for the companies’ joint tracking service could be the competing 4G services being launched by the major carriers. Because of the lack of a defined standard for 4G wireless broadband Internet, the carriers are marketing different technologies, delivering different connection speeds, all as “4G” service. Research by Nielsen and Carrier IQ could help sort out disparities among the 4G offerings.

Investors already are betting big on Carrier IQ, which has raised $55 million in venture capital to date, including a $12 million fourth-round last year, according to VentureBeat.