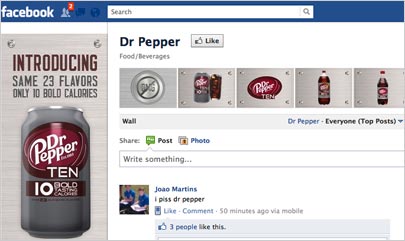 If driving “Likes” is an immediate goal of many Facebook campaigns, who among the social network’s 800 million users is mostly likely to click the Like button to signal affinity for a brand or other content? Social media marketing firm Vitrue provides some insight.

The research focuses in particular on the consumer-packaged-goods category, based on an analysis of 40 CPG brand pages on Facebook. Women account for 65% of CPG Likes, while they make up 55% of the U.S. Facebook population overall and account for 57% of all Likes. This lends support to the notion that women are more apt to Like a CPG brand than men.

“It is very interesting to note that older women make up a large percent of Likes for CPG brands than for average pages analyzed. My assumption is that older women tend to be the decision makers for CPG products in their family,” wrote Fred Stuk, Vitrue’s analytics manager, in the company’s blog.

Looking at the Facebook audience more broadly, it’s clear that younger users tend to be overrepresented when it comes to Likes. For example, 13-17s account for 29% of Likes generally, although they only make up 6% of the U.S. Facebook population. Similarly, the 18-24 age group is 24% of the Facebook audience, but drives about 38% of Likes. By contrast, the 35-44 bracket makes up 28% of the audience, but only drives 8% of Likes.

Stuck surmises that teens may simply be more “click happy,” than older users, or that they could be more inclined to engage with brand promotions that favorite brands run to drive fan growth. “Second, these teens might be a less expensive targeting option for ads, and thus, brands are getting more value, i.e., fans/clicks at a lower cost, than older age groups,” he noted.

It also suggests that Likes generated by broadly targeted campaigns on Facebook could be diluted by an overabundance of responses from teen users. In addition, it’s also just more difficult to get users 35 and over to hit that Like button. So a campaign aimed at that demographic that entices more than 8% of users to do that would have to be considered successful, at least when it comes to Likes.