GfK To Marketers: Enjoy Loyalty While You Can 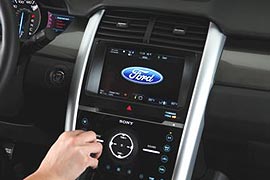 A recent automotive brand study gave Kia first place in brand loyalty. But another firm, global marketing company GfK Automotive, has its own 10-year examination of brand loyalty, and its results are far different. It's not so much about which auto brand enjoys the most loyal owners as it is about the relevance of brand loyalty generally.

GfK says brand loyalty soon won't matter all that much in the auto sector, and it is not just because the faltering economy is driving auto shoppers to eschew brands for deals. It has more to do with the fact that younger consumers are more brand-conscious of their digital devices, and cars are, well, just a way to get around.

The firm says that while older consumers are still brand loyal, Generation X (born between 1965 and 1980) and Generation Y (1981-1994) are nowhere near as loyal. "Consequently, their ever-increasing presence in the automotive marketplace will continue to pull overall brand loyalty downward, assuming current allegiance levels remain the same," says the study.

GfK Automotive's “Intentions and Purchases Study,” based on an online panel of new U.S. vehicle intenders, finds automobile marketers have to reach these shoppers by talking about connectivity technology that consumers consider most important. Companies like Ford, GM and Hyundai have been talking about connectivity around new and recently introduced products like Fiesta, Sonic and Veloster.

Doug Scott, senior vice president at GfK, tells Marketing Daily that the technology must be very simple and intuitive, and not about the gadgetry.

"Historically, we have had navigation and infotainment systems that run $2,000 per car. But think about the new iPhone 4S, with voice activation. That replaces everything: the Siri-based iPhone 4S deals with media, search and navigation in one device. You can mount that in your car and, with a buck-ninety-nine app, you could put everything in voice activation mode."

He says until automakers figure out how to bring that level of smooth sophistication to cars, it's not going to roll with Gen Y. "Our argument is that, for example, if a younger person is sitting at breakfast doing media, then shuts it all down to go to the car, they will want to continue where they left off at the breakfast table."

By way of example, he says he helped his daughter buy a vehicle with a loaded audio system with lots of bells and whistles. "I got in the car a couple of weeks later and saw she had reconfigured it. She had basically taken out the stereo." He says that when he asked her why she had done that, she explained that all she needed was the car's speakers and a way to connect her iPhone or iPad.

Scott says Ford might be the automaker that, initially at least, is immune to the bigger trend because while it has had traditionally strong loyalty for pickups, it has also rebalanced its portfolio in cars.

"They have gotten a big uplift in loyalty [among Gen X buyers] because of cars like Fusion, Focus, and Fiesta. We are finding that Ford's loyalty among Gen X is as high as Ford's Boomer loyalty was 10 years ago," he says, adding that the automaker got a big head start in loyalty by not going into bankruptcy. "When you look at the data, Ford was trailing everyone else, then two things occurred: Ford brings out nice cars and didn't go through bankruptcy."

He says Chevrolet's Cruze will likely help out loyalty, and the much-needed Malibu will give it another boost. The real issue, however, is that automotive telematics and entertainment technology simply isn't as Apple-like as the technology in these consumers' pockets. "When you begin to parse Gen Y to the under-25 people by what products they would rather have in their daily lives, they are saying the home-interconnected TV system, and that's the first break in a generation where other things are more important than cars."

Scott says no automaker is there yet, but Ford's Sync-based MyFord Touch system gets an "A" for heading down the right path and an "F" for usability. "We are arguing that younger buyers will ultimately say if the car can't accommodate what I own in my house and put in my pocket, that's not the car for me: it's transparent connectivity and simplicity."