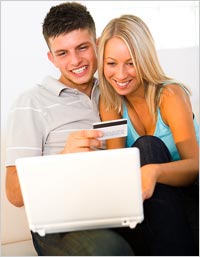 The space between Black Friday and Cyber Monday is closing, as more and more shoppers (300% more) are planning to use digital and online techniques to inform and/complete their purchase decisions.

According to a survey of more than 1,000 respondents conducted by Mediabrands’ Shopper Science, 42% of shoppers said they will spend more time doing online research before making a gift purchase this year than last year, and will be more likely to use emerging technologies to do so. Thanks to the rise of retail apps that allow users to compare prices, call up coupons, check inventory and enable digital payments, the mobile influence on the season’s shopping behavior will be up 300% over the previous year.

The influence of mobile devices will have an effect on the lines forming outside stores on the day after Thanksgiving. According to the survey, only 8% of respondents said they expected to be in line when the stores open on Black Friday, while another 15% said they expect to shop that day, but at a more reasonable hour. Half of all shoppers said they plan to skip the malls and big-box stores altogether on Black Friday.

As a result, retailers will employ a diverse array of tactics to ensure they are connecting with shoppers who are researching every purchase, seeking the best deal. Some tactics will include: previewing Black Friday deals well in advance of the shopping date, sending out alerts via text and social media for spontaneous deals and closing sales well in advance of Black Friday to extend the shopping experience.

“The smart retailer will have a layered strategy for the holidays,” Shopper Science’s CEO John Ross tells Marketing Daily. “How can I capture the frenzy online? How can I harness the existing audience? How can I communicate with them or power them to buy through special digital offers? So that by the time 5 a.m. [Friday] comes around, I’ve made a significant number of sales.”

Despite smaller crowds in stores, the holiday outlook isn’t as dismal as one might expect. Instead, shoppers will be moving much of their shopping online, where the comparisons and information can be more quickly found.

More than a third (34%) said they planned to buy more gifts online, with those planning to spend $1,000 or more overall indexing higher toward online shopping than those planning to spend $500 or less, according to the survey. Overall, more than half of consumers said they planned to spend as much or more on holiday gifts this year than they did last year (although 41% said they felt the economy had slipped back into a recession).

“Shoppers are trying to maintain the Christmas season as best they can, and they’re using whatever tools they can find to get whatever their family wants on whatever budget they’ve got,” Ross says, noting that more than a quarter of those surveyed had already started their holiday shopping by mid-October.