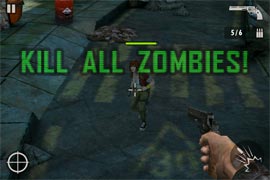 In three years, mobile gaming apps on the iOS and Android platforms have pretty much decimated the revenues from dedicated game consoles by Nintendo and Sony, says app analytics firm Flurry. In a provocatively titled research post -- “Is It Game Over for Nintendo DS and Sony PSP?” -- the company runs its own estimates of app revenues, compared to NPD reports on sales from handheld consoles to find considerable share shift.

In 2009, the company saw 70% of portable game revenue going to Nintendo, 11% to Sony PSP and 19% to iOS and Android games. In 2011, however, Flurry estimates that smartphone games will capture 58% of the market, leaving 36% to Nintendo and a mere 6% to the perennial also-ran PSP.

“Combined iOS and Android game revenue delivered $500 million, $800 million and $1.9 billion over 2009, 2010 and 2011, respectively,” writes Flurry’s Peter Farago. The shift is not just in usage but in pricing, he argues. The 99-cent game app and in-app virtual currency models have thoroughly undermined the $25 game pricing that DS and PSP have relied upon.

Which is not to say that Nintendo and Sony are standing still.

In much the same way the film industry under TV’s threat in the 1950 tried to pivot toward unique theatrical experiences with 3D or Cinerama technologies, both handheld makers are going upscale with improved hardware approaches. Nintendo introduced a pricey 3D-enabled 3DS that struggled so hard in the market that the company radically slashed its price to spur sales. This holiday, Nintendo is pulling out its traditional ace-in-the-hole, Mario. A new 3D-optimized platform game is being released this week with a massive press push.

Sony’s technologically advanced PSP has always been a hard sell, introduced years ago with a high price and large, heavy form factor. But the company is doubling down on its traditional approach by launching a new high-end handheld early next year called the PlayStation Vita.

While both Sony and Nintendo have made a nod to mobile gaming with their low-priced titles in each device’s virtual stores, clearly both companies are meeting the smartphone challenge by trying to capture a high end audience.

If the trajectory in Flurry’s forecast is correct, these efforts may prove too little, too late.