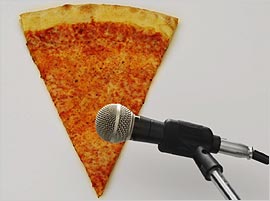 How does a regional pizza chain compete with the mega marketing budgets of giants like Papa John’s, Pizza Hut and Domino’s?

Anthony’s has been relying heavily on out-of-home because of its low CPMs and effectiveness at brand differentiation. But this year, the chain is switching from 90% OOH to 90% television. Moreover, it’s running nearly a dozen different spots.

Anthony’s’ creative and media agencies, Cultivator Advertising & Design and Explore Communications (both Denver-based), worked with John Le Bel, an Anthony’s franchise owner and head of marketing for the chain’s franchise organization, to devise a strategy for realizing impact with TV on a small budget.

Goals include introducing a fresh, compelling approach within the market, ensuring that all franchisees get equal benefit from the campaign (out-of-home tends to work best in the urban, high-traffic locations, as opposed to outlying areas), targeting two core audiences (males for single meals and moms for family meals) and of course, driving pizza sales.

The key on the media side was the franchisees’ willingness to spend most of the year’s budget on running the television in a concentrated flight period (fourth quarter 2011 and first quarter 2012) -- using the medium’s ability to achieve much greater reach, but also much greater targeting than OOH -- and to rely primarily on social media and grassroots marketing for exposure during the remainder of the year, says Mindy Gantner, media director for Explore Communications.

The creative: 15-second spots designed to convey that Anthony’s takes its pizza seriously, but doesn’t take itself too seriously.

All of the spots share the brand’s key message/tagline of being “authentic, New York-style pizza.”

However, five of them focus on the “craft” of the pizza (“hand-tossed by the slice, or by the pie”) – and on contrasting this to the mass-production techniques of “the fast-food chains.” One, for example, points out that “Most fast food chains don’t toss their pizza. Why? Because it requires skill.”  Another promises “no footage of fake-happy employees” and “no down-home CEO” and “no end-shot of the gratuitous, perfect pizza”(although it reneges on the last point, in tongue-in-cheek fashion).

The other six spots are devoted to terrible jokes, told by a pizza slice in front of a mike (“What do pizza and jokes have in common? Their…delivery.”) These ads end with the message: “Pizza shouldn’t be a joke,” as well as the reference to authentic New York-style pizza.

Gantner stresses that social media—which are managed/maintained by the franchisees--are being integrated with the television. For example, the brand is currently running paid Facebook text ads to specific target audiences in Denver, incentivizing them to become Anthony’s Facebook fans by offering exclusive deals and promotions. In addition, in a tie-in with the joke commercials, Facebook fans will be offered free slices of pizza for submitting their own jokes.

“The strategy is to build up the Facebook fan base so that Anthony's can continue communicating with their enthusiasts with special offers throughout the year,” says Gantner. “The TV spots don’t specifically reference Facebook, but the TV will be running at the same time as the paid Facebook campaign, so the increased advertising awareness should boost response for the social media effort.”