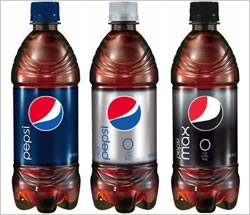 The 30-second TV spot is far from dead -- but the time has come to stop thinking about TV ads as stand-alone messages. Rather, they should be seen -- and utilized -- more like "trailers" for "deeper branded digital experiences." At least that's the view of Shiv Singh, the global head of digital for PepsiCo Beverages, who shared his thoughts on the subject recently on the Harvard Business Review's HBR Blog Network.

Singh said he sees three big changes on the horizon for TV advertising, including a re-adjustment in the value placed on ads “as we seek to account to for engagement metrics in the pricing.” The story arc of ads will also change as marketers adapt the view of advertisement as trailer “versus the whole story.” And third, said Singh, “location-aware technologies will force a greater degree of engagement on a format that has historically been passive, impersonal and certainly without any extensions.”

Singh noted that recent research has found that 60% of television viewers are simultaneously using their cell phones while watching TV and 33% have their laptops at the ready. "Most interestingly," he noted, iPad owners spend "the most time" in front of the TV with their tablet compared to any other activity. It makes sense for TV advertisements to be thought of as an element in a broader narrative arch for the brand -- a narrative arch that allows the brand to tell a more complete and a more interactive story."

Thus, said Singh, the return on investment for TV ads "won't be measured by the impact that the TV ad has when it's aired but also by its residual influence on engagement in other mediums in the weeks that follow the airing." As an example, he pointed to the company's "Pepsi Sound Off platform" that was launched to fuel conversations around Fox's new X-Factor series.

In effect, said Singh, TV spots in the future will be most effective when woven into the fabric of digital media. "We saw this with the most successful Super Bowl ads like the Volkswagen ad, which was launched online the preceding week, and the Mercedes advertising, which was driven by their Tweetrace engagement program. We've also seen it with Best Buy's Twelpforce, where TV was used to promote the brand's digital engagement program."

Singh concluded that marketers need to increasingly be mindful of the content environment surrounding their TV ads and be able to create structures that can exploit the real-time digital feedback to those environments. “Whether it's the Super Bowl or the [Video Music Awards], as marketers run television advertising, they need to be ready for the real-time response and the real-time marketing opportunities for deeper digital engagement,” he said. "When Beyonce showed her pregnancy during the MTV VMA's, that was a real-time moment. It lit up the Web with conversation and savvy brands jumped on the buzz to promote related products and services. This will soon become common for all marketers.”