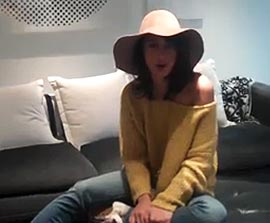 How do you make a decentralized global apparel company without a single, cohesive voice around the world, no e-commerce, and a lagging digital presence into a unified global brand with a vibrant digital, social and e-commerce strategy, with eight million Facebook fans, dwarfing any other jeans marketer and e-commerce growing 40% per year?

Easy? No, but Levi's managed it, and did a lot of the restructuring over the past three years. At the CMO Forum in New York on Thursday, Larry Ruff, its chief strategy officer and SVP of strategy and business development, spoke about how the company changed both inside and out. "We have made a major shift to globally managing the brand and having a digital asset management system where creative in one part of the world can be used elsewhere to drive unified brand image," he said at the Museum of Modern Art.

That might sound familiar as other global brands have done that in recent years. But for Levi's, it was a big change, involving taking a core brand identity that goes back to its San Francisco gold-rush roots in marketing denim to pioneers and applying it to 110 countries, driving $5 billion in sales. After all, Levi's had made the decision to exit e-commerce -- to focus on retail partners -- in the late ’90s, around the time others were ramping up those efforts.

"Ten years ago, we had no e-commerce, minimal digital efforts, few internal technologies. Now, and particularly in the past three years, all that has changed," said Ruff. "Now, digital has to be at center of how we develop programs, not an add-on."

Ruff said that focus has fundamentally changed how the company operates on multiple levels. From the leadership point of view, per Ruff, Levi's has been trying to drive a more integrated approach, leveraging insight from digital engagement "to fuel everything, as opposed to a silo approach."

Levi's rethought its relationships with its vendors, making them, in his words, "close collaborative partners." Facebook, Twitter, Microsoft, SAP, Capgemini, and Amazon are examples. "We have partnered with Amazon to reinvent how Levi's shows up when it's not on our site. Generally, it's much more collaborative, more focused on mutual innovation." Last year, for example, the company created "The Friends Store" with Facebook, where consumers can "like" various products and click to the store to have what he calls a social shopping experience.

And, increasingly more important for Levi's are efforts putting the consumer at the center of digital efforts, said Ruff. "The global consumer has more visibility about how the brand shows up around the world. We were seeing inconsistencies and consumers were seeing that. That led us to strategic and structural changes. Now we have a more global brand management model. There is a global team for each brand with clear strategic intent, and we are much more consistent today with the goal being a quality consumer experience."