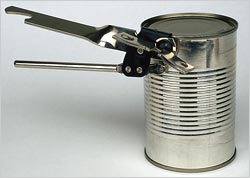 General Mills is the most recent food maker to experience negative publicity as a result of new studies related to bisphenol A -- better known as BPA -- in food packaging.

BPA is a compound that has been used since the 1960s in hard plastic bottles and metal food-can linings. It allows for high-temperature sterilization that prevents food poisoning and also prevents can rusting and contamination.

Studies have shown that BPA mimics the action of female reproductive hormones and may be linked to diabetes, cardiovascular disease, obesity and other health problems. Children may be particularly vulnerable to these effects.

In a new study published in the Journal of the American Medical Association, 75 healthy volunteers showed a more than 1,000% increase in urinary BPA concentration levels (20.8 mcg/L) when they ate canned Progresso soups for lunch for five days, compared to the same individuals’ levels when they ate fresh soup for five days (1.1 mcg/L).

The researchers, from the Harvard School of Public Health, reported that the difference in mean BPA levels was highly significant. They said the results indicate that canned soups may represent a greater risk than hard plastic bottles, and that it may be advisable for manufacturers to eliminate BPA from can linings.

However, they acknowledged limitations to the study. Most important, they noted, "the increase in urinary BPA concentrations following canned soup consumption is likely a transient peak of yet-uncertain duration” and “the effect of such intermittent elevations in urinary BPA concentrations is unknown." The study was also limited to participants from the Harvard School (employees and students), and to one brand of soup: General Mills’ Progresso.

The study is “not about the brand of soup or canned soup, it is about the cans," stressed study researcher Jenny L. Carwile, to WebMD.

Nevertheless, General Mills fired back, stating that the levels of BPA found were “miniscule,” and that the “excreted levels supposedly measured would be approximately 185 times below established US guidelines for safe exposure via consumption.” The company added: “It is questionable science, and poorly designed at that."

General Mills also pointed out that “scientific and governmental bodies worldwide” -- including comprehensive risk assessments in Japan and the European Union -- “have examined the science and concluded that the weight of evidence support the safety of BPA.”

The study’s results actually help confirm that BPA is not a health risk, because they show that the compound is quickly excreted from the body and therefore can’t harm organs, John T. Rost, chairman of the North American Packaging Alliance, maintained to Bloomberg Businessweek.

Campbell Soup experienced its own most recent brush with BPA concerns last month. A  report from the Breast Cancer Fund showed 12 canned soups and pastas containing BPA, with Campbell’s Disney Princess Cool shapes topping the list (148 parts of BPA per billion). The average across the 12 cans was 49 parts per billion.

Campbell also stressed that the overwhelming weight of scientific evidence shows that BPA is no threat to human health, but added that it understands that consumers may be concerned. “We’re very aware of the debate and we’re watching it intently,” the company said.

After initially dismissing the health risks of BPA, the U.S. government in 2009 committed $30 million to the National Institute of Environmental Health Sciences to study the effects. Those results should be released in fall 2012.

Meanwhile, the European Union has banned baby bottles containing BPA since June, several states (including Connecticut and Minnesota) have banned the sale of baby bottles, sippy cups and other reusable food and drink containers that contain it, and The American Chemistry Council last month asked the U.S. Food and Drug Administration to take similar action.

Various health groups and researchers have called for manufacturers to use an alternative to BPA, and alternatives using natural oils and resins are among those being studied.

However, such a transition is no simple matter, according to food makers. "At this point, the industry has not identified a reliable alternative to BPA for large-scale production," Campbell Soup spokesperson Anthony Sanzio told ABC News.