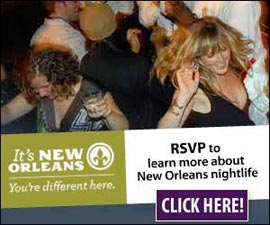 NetSeer’s contextual targeting was evaluated via a Vizu survey. The data showed a 55% brand lift between a control and an exposed group when asked the single question of how likely they are to consider New Orleans as a vacation destination.  And "very likely" got a 72% lift.

Considering that the average consumer packaged goods advertiser’s brand lift is somewhere between 20 and 30%, the corporation was very pleased with the results, says Nathan Williams, its interactive director.

“We’re excited to have a display solution that we can feel confident about,” Williams tells Marketing Daily. “It’s in our plans to continue it in 2012. We had been a little suspicious of ad exchanges because you have to give up a degree of control over your brand to technology. However, NetSeer’s brand protection technology appears to be superior to alternatives, which frees us to feel good about taking advantage of all the benefits exchanges bring to the table.”

Previously, the entity had not been big fans of display, “but our online marketing partner, eBrains, convinced us that NetSeer’s contextual placement technology would work well with our segmented approach, and would also allow us to reach travel planners early in their decision process,” Williams says. “That was important, since our primary goal is driving incremental visitors.”

They are also measuring the actual conversion to visitation rate of site visitors from NetSeer, and the early returns arrived at the same time as the Vizu study. “Both indicate a much higher impact than we would have expected,” Williams said. “In short, we’re a little surprised and, naturally, very pleased that this contextual advertising model is working so well.”

The goal of the study was to measure the impact of advertising creative on users’ likelihood to consider New Orleans as a vacation destination. The methodology called for establishing a “control” and “exposed” group based on users who have and have not been exposed to ad creative

One question survey was posed to both groups: How likely are you to consider New Orleans as a vacation destination over the next 12 to 18 months? Potential respondents were told that upon answering the question, they would see an instant tally of results.

Results were tallied from Oct. 1 to Nov. 10 and represent a statistically significant sample. The overall lift was 53.4% between control and exposed group. Results were based on users indicating they would be “very likely” or “likely” to consider New Orleans as a vacation destination.

Of those indicating they were “very likely” to consider New Orleans as a vacation destination, lift was 75.6% between control and exposed groups.

Even the control group performed well, which demonstrates that the contextual targeting was reaching the right audience, says John Mracek, CEO of NetSeer. The next biggest surprise was that the brand lift continued to increase -- even above the high control baseline, he says.

“Usually, you see studies that show an initial spike and then level off, but not with this campaign,” Mracek says. “That told us we were continuing to find high-quality, relevant inventory. “

When evaluating which creative held the most appeal, the music and nightlife theme had highest lift with 89.6% while culture was second with 27.3%. As for lift by frequency: Increased frequency had a positive impact on lift: 130% for 10+ exposures vs. 18.5% for one exposure.