Discovery Sees Green, Spends It Too: Slates $1B For 'Planet' Content 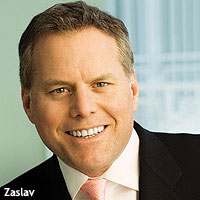 Discovery CEO David Zaslav, who has said the content business is more attractive than ever, said his company’s annual investment in content is now at $1 billion -- up from about $600 million five years ago.

Yet money doesn’t necessarily buy happiness -- or ratings. In part, the company has found “the more money we spent on a show, the less successful it was,” Zaslav said Thursday at a Broadcasting & Cable event.

Part of that finding is aimed at the Planet Green network, initially targeted to environmentally friendly programming and attracting advertisers with a “green theme.”

“Planet Green did not work, and we’re going to be making a change there,” Zaslav said.

A refashioning will be coming under the leadership of Henry Schleiff, who has shown some ability to reorient and build a network with the rapidly growing ID at Discovery. Years ago, he did the same at CourtTV.

Overall in content, Zaslav said the aim is to use programming as a way to develop a network environment. For example, women on Fridays tune into TLC, where they may only know the show “Say Yes To The Dress” -- but they stick around.

“It’s about building brands,” he said. “People want to spend time with [TLC].”

On the matter of digital distribution -- where Discovery just cut a major deal with Netflix -- he said Discovery’s distribution on Apple’s platform on iTunes was not a winner because the search mechanism hurt Discovery. "When it’s just show-specific,” Discovery doesn’t do as well, Zaslav noted, since its shows aren’t as well known as its network brands.

Zaslav is optimistic about TV Everywhere, especially as measurement of the content there ramps up -- although finding a way to gauge consumption on tablets is key. Nielsen is working on tracking iPad viewership.