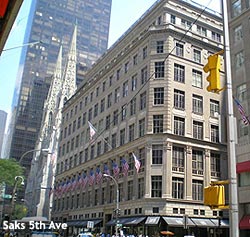 While Black Friday -- and the entire Thanksgiving Day weekend, right into Cyber Monday -- may have come as a nice surprise to retailers, month-long results for November turned out to be a little weaker than expected, leading experts to believe consumers are even more deal-focused than predicted.

Luxury department stores, led by Saks and Nordstrom, had strong months. But overall, same-store sales slowed to 3.3% growth in November, reports Kantar Retail. That’s off from 3.9% same-store sales gain reported in the prior month, and well below the 5.6% gain in November of last year. And the International Council of Shopping Centers, which tracks a slightly different group of stores, says its index rose just 3.2%. Year-to-date, it says growth has been 4.9%.

“During November, the nation’s major retail chains experienced a slowdown in the overall pace of spending and it was across the board,” Michael P. Niemira, VP/chief economist, says in its report. Tough prior-year comparisons, increased discounting at some apparel specialty stores, and less favorable weather that pared the purchase of seasonal goods all contributed to the slowdown, he says.

At Saks, same-store sales rose an impressive 9.3%, and at Nordstrom, 5.6%. At Macy’s, they rose 4.8%, which the store attributed to a strong Gen Y turnout for its extended hours: “This was the first year that Macy's stores opened at 12 midnight on Black Friday, which particularly attracted Millennial customers who gravitate to the fashion, newness and value in our merchandise assortments," Chairman/CEO Terry J. Lundgren says in its release. And at the Limited, which owns Victoria’s Secret, sales gained 7%.

At Target, same-store sales rose just 1.8%, at the low end of its forecast. “Our view of December remains the same,” the company says in its release.  “We expect a competitive and promotional environment as consumers continue to focus on value.”