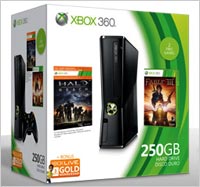 Remote controls for TVs? Who needs it when you have a voice?

A new Microsoft Xbox 360 allows users to speak -- using its Kinect controller integrated with Bing search -- to find TV and entertainment choices. This voice-directed update for the gaming system launches Dec. 6. in time for the holiday season.

Don Mattrick, president of the Interactive Entertainment Business at Microsoft, stated that the addition makes "your TV and entertainment experiences more social and personal than ever."

James McQuivey of Forrester Research added it was "the benchmark against which all other living room initiatives should be compared."

Xbox360 has various global TV service partners, including AT&T U-verse, Telus in Canada, BSkyB in the U.K., Canal+ in France, Vodafone Portugal, VimpelCom in Russia and Foxtel in Australia,

Analysts believe this is a continuing step for Microsoft to use its Xbox as a replacement set-top TV device in U.S. TV homes.