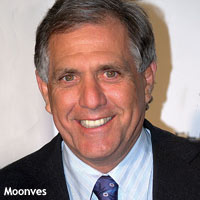 Despite marketer concerns about the macroeconomic picture, CBS CEO Leslie Moonves told a crowd of investors and analysts Tuesday that “network television is doing better than it has in many, many years,” and that CBS is well positioned to have a banner year in 2012.

Moonves made his remarks at the UBS Media and Communications Conference in New York. His comments came just a day after the network’s chief research officer, David Poltrack, predicted at the same conference that network TV would post a 7.3% gain in advertising revenues next year -- partly due to the so-called “quadrennial effect” of political and Olympic ad spending.

Poltrack noted in his presentation that audience levels across the four major networks were up this year versus last year.

While advertising is expected to be strong next year, Moonves stressed that CBS is developing several other revenue streams that will help the network, despite any fluctuations in the ad economy going forward.

Those additional revenue streams include the sale of CBS' library product to Internet distributors like Netflix and Amazon. Given the existing and emerging online competition for the rights to such content, that’s a revenue stream that Moonves said he expects to last “forever.”

Foreign syndication also continues to be strong despite difficult economic problems in Europe and other regions. “The numbers have gone up in every territory,” he said, referring to revenues from sale of programs outside the U.S. “We’ve waited for some hiccups, but it hasn’t happened yet.”

Annual domestic and syndication revenues have grown to a $1 billion business for the network, Moonves said.

The network is also reaping hundreds of millions in retrans fees from cable and satellite operators. and is pressing its TV affiliates to pay compensation for the programming that CBS supplies. Moonves said the so-called “reverse compensation” flow of money from the stations to the network is not expected to become a “meaningful” revenue stream for the network until 2013.

The current scatter market is commanding prices in the “mid-teens” on a percentage basis above rates charged in the 2011-12 upfront, Moonves said. Although Poltrack said some marketers had been “holding back” some ad dollars amid the current economic uncertainties, Moonves insisted that “demand was picking up again” and that ad cancellations were within normal range (which is low) and that pricing was holding for first-quarter scatter deals as well. “I’m feeling good about national and local television,” he said.

In terms of local TV, Moonves noted that there was a “bit of a slowdown from the Japanese auto sector,” but that it seems to be coming back now. “The fundamentals of local television haven’t changed much,” he said. Going forward, local television will have “more of an online presence” in a bid to challenge newspapers for market share.

On the sports front, he was upbeat about "the sports that we have," including the National Football League, college football, tennis, golf and its NCAA events venture with Turner, led by the men’s national basketball tournament.

Moonves did not confirm that CBS was close to a renewal of its NFL rights deal (as reported in The Wall Street Journal Tuesday), but did describe the franchise as an “unbelievable product" that he hopes to continue.

Moonves said the network is open to a sale of its outdoor business if the price is right, adding that the network is on the lookout for content acquisitions that would boost its core business.