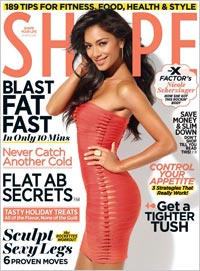 With the U.S. Postal Service neck-deep in debt, it's no surprise that mail will be getting slower as it attempts to slash spending and stabilize its finances. The changes include delays of one to two days for first-class mail and most periodicals.

However, magazine publishers that get their mailings into shipment centers before the “critical entry time” should be able to continue with their old delivery schedules.

The size of the Postal Service network is dictated by the current overnight transit time in existing service standards, the USPS noted. Moving first-class mail to a two- to-three-day standard for contiguous U.S. destinations should “allow for significant consolidation of the postal network ... and will generate projected net annual savings of approximately $2.1 billion,” according to USPS Vice President for Network Operations David Williams.

On Sep. 15, the Postal Service announced it would begin studying 252 out of 487 mail processing facilities for possible closure. The U.S. Postal Service must reduce its operating costs by $20 billion by 2015 in order to return to profitability, according to Williams.

The MPA had lobbied the USPS to get the “critical entry time” concession, according to a statement from the organization: “This is a crucial and hard-fought change, which MPA advocated, from the Postal Service's initial plan to eliminate all overnight delivery service.” However, the MPA also noted that “the overall impact on service remains to be seen, as critical entry times will also be changing, which may present printing and transportation challenges for weekly publications.”

Shape magazine scored high engagement with a sweepstakes using 2D barcodes in its November issue, which commemorated the magazine's 30th anniversary. Shape partnered with Nellymoser, a mobile marketing company, to create the interactive sweepstakes. Readers who participated by scanning the 2D barcodes could win hundreds of products, which were advertised throughout the issue. Prizes ranged from beauty products to exercise equipment and a luxury trip to the Caribbean. The sweepstakes attracted almost 400,000 participants, a record-breaking number for the magazine.

The Observer Media Group, which publishes The New York Observer, is planning to launch a lifestyle magazine targeting affluent New Yorkers, according to a report in the newspaper. TNYO reports that the publication will be led by Avenue magazine publisher Julie Dannenberg, editor in chief Peter Davis and creative director Cricket Burns -- all of whom are leaving that Upper East Side-focused luxury title to start the new magazine, which is as yet unnamed.