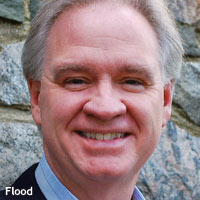 Flood, who most recently was vice president-integrated sales & insights at Fox News Channel and Fox Business Network, will work with some of the biggest media companies to help them understand how the perception

s of advertisers and agencies influence their position in the advertising marketplace.

Advertiser Perceptions has emerged as something akin to a “J.D. Powers” for Madison Avenue, providing print and online publishers, advertising networks and exchanges and television networks with customer satisfaction data and perceptions of their brands and sales organizations among top advertisers and agency media buyers.

Flood’s career has spanned both sides of the market, first as a top media buyer, rising to executive vice president-director of electronic media at Publicis’ Optimedia International, before jumping to the sales side as senior vice president-integrated media platforms at MTV Networks, before joining Fox.