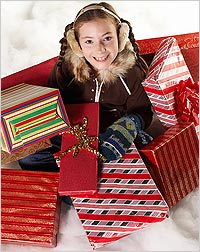 Online retail sales typically peak on Green Monday, or the second Monday in December. But this year’s sales may have already hit their summit.

ComScore is predicting at least $1 billion in sales, which would push this year’s Green Monday ahead of the past two years. In 2010, $954 million was spent by U.S. consumers -- representing a 12% increase vs. 2009, when $854 million was spent, according to comScore.

However, for the holiday season-to-date, about $20 billion has been spent online, marking a 15% increase versus the corresponding days last year. Cyber Monday, or the Monday after Thanksgiving, became the heaviest online spending day on record at $1.25 billion. Tuesday, Nov. 29 reached $1.12 billion, while Wednesday, Nov. 30 reached $1.03 billion.

“We are now entering the portion of the season when online retailers typically reduce their promotional activity as they attempt to restore their margins, which can sometimes contribute to temporary softness in spending growth rates,” said comScore chairman Gian Fulgoni. “However, this will likely be immediately followed with acceleration in the spending rate as we approach the middle of December, which is sure to bring us several more billion-dollar online spending days.”

Shoppers can save up to 70% off across categories on Sears.com and Kmart.com in more than 500 deals that are as good as Cyber Monday prices. Shoppers also will be able to take advantage of a variety of extended free shipping offers. Starting at midnight on Dec. 12 to 5 p.m. CST, Sears.com will be featuring savings in several categories, plus free shipping on orders of $49.99 and up (reduced from $99).

For the customer shopping late, Sears also has extended the shipping deadline. Now through Dec. 21, Sears.com customers can use promo code “shiprealjoy” to receive free shipping on qualified mailable orders totaling more than $99, and the products will arrive before Christmas.

For the very last-minute shopper, customers can use the company’s “Buy Online, Pick Up In-Store” offering that allows customers to shop online, all the way until Christmas Eve. The offering enables them to order online and pick up items at their convenience -- including the same day.

To make online shopping easier, Sears, Kmart and “mygofer” mobile sites and apps give customers access to millions of products. On-the-go customers can use their phones to check if the item they want is in stock, buy it online and pick it up in the store.