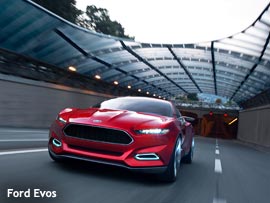 There is a truism among motorcyclists and other people driving exposed conveyances on crowded streets: "If you don't want to collide with it, don't look at it." Automakers should apply that motto to their market strategy in the crowded U.S. car and truck arena: The thing not to look at, in this case, is volume and market share. It's there, sure --- and casting a big shadow. You want to look at it, but don't.

That is a serious subtext for Booz & Co. in its 2012 Automotive Industry Perspective. The firm points out that automakers, especially the domestic Detroit-based companies, have been following that advice since restructuring -- and it shows. Actually, this year is going to be a lot better than the past two for nearly everyone.

Although it's not quite the end of the year, a lot of people who observe goings-on within the auto business see dealerships locking up their doors for the New Year's Eve party, having sold more than 12.5 million vehicles over the preceding 12 months. It's nowhere near the over 17 million we saw earlier in the millennium, but it's a lot better than the 11.6 million last year and the 10.4 million numbers in 2009.

That's nearly everyone. Booz & Co.'s report -- not so much a prognosis as a prescription -- points out the year's overall numbers might have been higher were it not for the disastrous tsunami that scoured Japan and the floods in Thailand, the combined effect of which was to sharply reduce Japanese automakers' inventory throughout the year, particularly that of Honda and Toyota. Presumably, those automakers have taken a lesson from this: don't rely on one supplier for a particular part.

The Japan brands' situation provided a "there but by the grace of God" moment for the U.S. manufacturers who benefited from the Deus ex machina affecting the big three Japanese brands. But badly needed changes in Detroit corporate culture has made domestics more lean and more nimble. Ford, GM and Chrysler (under Fiat) saw restructuring return them to profit, higher market share -- and, as Booz & Co. points out, strong operating performances.

Looking forward, the firm points out that the future of Detroit automakers depends on what happens when the Japanese brands have their production mojo back. Will they regain share as supply improves? It also depends on whether the "Detroit Three" maintain their focus on new vehicle development and launches, and keep their hands on the tiller of pricing discipline -- a practice that favors maximizing profits over volume and market share.

Other factors include the continuing perfusion into the U.S. market -- which, to be kind, is mature -- of highly desirable and differentiated vehicles from more global auto brands; and automakers’ success at differentiating their products. And, as the disasters in Japan and Thailand show, how well automakers do next year and beyond depends on how well they prepare for the next force majeur situation imposed by nature or social upheaval.

Booz & Co. says automakers must focus on technological innovation, and not just in the realm of telematics and entertainment features. The firm suggests, for instance, that automakers will own cities if they are first to market with active auto technology that -- if it doesn't exactly let a car drive itself -- certainly makes it easier for people to drive in dense traffic without having to be hyper alert.

"A return to competition based on innovation is a refreshing change from the dismal situation the industry faced just two years ago," says the firm. The domestics are getting some help in having signed a four-year labor agreement with the United Auto Workers. "By being able to pay newly hired workers at rates comparable to those paid by Asian transplants in the U.S., GM, Ford, and Chrysler have taken another important step in narrowing the gap with their rivals on manufacturing costs."

So how do automakers edge their way into the packed elevator (in which someone has pushed the "down" button) of the U.S. auto market? Same as always, says the firm. Sell vehicles that consumers enthusiastically want. Not easy in an environment where automakers are making an array of powertrains from gas to electric. "The challenge is exacerbated by fluctuating fuel prices and inconsistent government policies that make setting a long-term course and sticking to it extremely difficult and costly."

The firm says automakers must stick with pricing discipline and focus on the customer experience throughout the ownership cycle. "This is fertile territory for revenue and earnings growth...but you must define the experience you want to provide, make it consistent with your brand heritage, and make every aspect of your product and service ecosystem more customer-centric -- including in-store experience, warranty and ongoing maintenance and repair, and financial services options and execution." 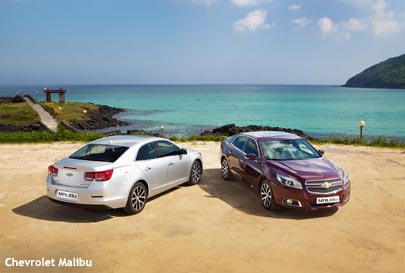