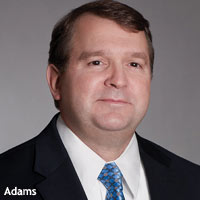 Omnicom has appointed Dale Adams as the new CEO of its Diversified Agency Services group, succeeding Thomas Harrison, who will retain the title of chairman.

DAS oversees more than 200 Omnicom companies, many of them global operations that offer an array of marketing services, such as customer relationship management, PR, Healthcare marketing, B to B, multicultural advertising and recruitment.

According to the latest Omnicom 10-K report, such services accounted for over half (55%) of the holding company’s 2010 total revenue, or about $6.8 billion, while traditional media advertising accounted for the remaining 45%, or about $5.7 billion.

Adams has been president of the DAS group since 2008. He joined Omnicom in 1991 and has worked with Harrison for most of his time at the company, expanding DAS. Last month, the unit made its latest acquisition -- Marina Maher Communications, the New York-based PR firm that specializes in marketing to women.

Commenting on the appointment, Omnicom CEO John Wren stated: “Dale and Tom have expanded the DAS network through a combination of client growth and the successful, strategic acquisitions of entrepreneurial agencies. Dale's vision is focused and relevant to our clients' needs and, like Tom, he understands the entrepreneurial mindset."

Harrison joined Omnicom in 1992 when the holding company bought a firm he cofounded called the Harrison & Star Group, a healthcare advertising and communications unit. The company was folded into DAS, and Harrison became president of the latter operation a short time later. He succeeded Wren as DAS CEO in 1998.

Adams has credited Harrison with being a mentor and said that as he steps up to the CEO position, “it is a moment of extraordinary opportunity."