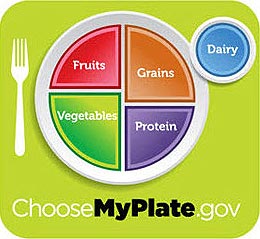 The average American’s diet meets most of the nutritional guidelines recommended in the U.S. Dept. of Agriculture’s MyPlate only seven days out of a full year, according to a new analysis from The NPD Group.

NPD used its ongoing tracking of Americans’ daily eating and drinking habits through its National Eating Trends (NET) research to compare these habits over the past five years with the new MyPlate guidelines, which replaced the old Food Pyramid guidelines in January. (The new MyPlate icon debuted in June).

NPD designated any day during which a consumer achieved at least 70% of the MyPlate recommendations for daily intake of dairy, fruit, grains, proteins and vegetables as a “MyPlate day.”

Finding: For the average consumer, MyPlate days represent just 2% -- or about seven days -- out of an entire year.

NPD also found that MyPlate Days tend to be days in which a consumer eats more than three meals (including snacking occasions) per day.

Across all days in a year, about 40% of consumers eat three meals/snacks per day. But on MyPlate days, an average of just 23% eat only three meals per day, while 33% eat four meals, and 27% eat five meals.

Significance? “On a typical MyPlate day, we see increased consumption of fruit, vegetables and dairy, all of which increase during snacking occasions,” explains Darren Seifer, the NPD food and beverage industry analyst who analyzed the data. “On top of that, we have noticed that consumers who skip the fewest main meals and also snack frequently have the best body mass indices. This seems to lend credence to what nutritionists have told us: That it is better to spread out your caloric intake over the course of a day rather than contain it to three or fewer main meals.”

As for the results overall: “We know through our ongoing research that consumers are more aware of what constitutes a healthy diet, but we also know that what they say and what they do when it comes to eating are often different,” says Seifer. “Since the MyPlate program was just released this year, time will tell if it will have an effect on the way consumers eat -- but it’s likely to be an uphill battle.”