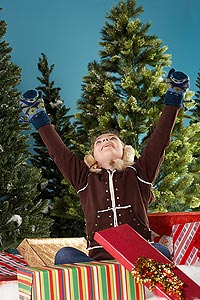 The $1.1 billion spent online in the U.S. on Monday, Dec. 12 puts it behind the preceding two Mondays, according to comScore.

December 12, known as “Green Monday” (the second Monday in December when online spending has historically tended to peak), reached $1.13 billion in spending, representing a 19% increase versus last year, and ranking as the third-heaviest spending day of the season after Cyber Monday ($1.25 billion) and Monday, Dec. 5 ($1.17 billion).

For the holiday season-to-date through Dec. 12, $26.8 billion has been spent online, marking a 15% increase versus the corresponding days last year. The most recent week (ending Dec. 11) reached a record $6.1 billion in spending, in line with the season-to-date’s 15% growth rate.

“Green Monday also kicks off what should be the heaviest week of the year for online shopping, where we could see several billion dollar spending days, punctuated by Free Shipping Day on Friday,” says comScore chairman Gian Fulgoni, in a release.

Fulgoni adds that it's interesting that for the past three years, Cyber Monday sales have exceeded those on Green Monday, demonstrating the degree to which retailer promotions and consumer awareness have grown the popularity of the Monday after Thanksgiving Day as the day to be buying online. “That online holiday spending growth has remained well into the double digits throughout all the key days of the season also underscores the clear strength of the e-commerce channel,” he said.

Digital content and subscriptions rank as the fastest-growing online retail category with a growth rate more than double that of the online sector as a whole. Jewelry and watches, a luxury goods category, has seen a strong resurgence as the second-fastest-growing category this season.

Consumer electronics -- led by tablets and flat-panel TVs -- ranks third, followed by video games and computer software. Each of the top 10-gaining categories is growing at least at the rate of total retail e-commerce growth.