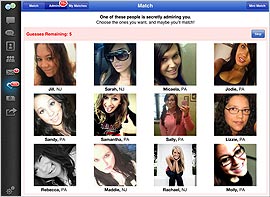 Extending its push into mobile media, online social networking property myYearbook has introduced an iPad app to capitalize on what it expects will be strong holiday sales of the popular Apple tablet. The step also reflects the growing importance of mobile for myYearbook, which this week hit 500,000 daily mobile users and almost 200 million mobile sessions per month.

That audience reflects usage across its apps for major smartphone platforms, including the iPhone and Android, and the mobile Web. The proportion of traffic from mobile has surged to more than 50% from about one-third since March, and just 6% in July.

Driving mobile growth are myYearbook’s Android and iPhone apps, reflecting the dominance of the two platforms. As more of its 30 million registered users shift to smartphones and buy tablets, the company expects that mobile activity will only increase.

Mobile users also tend to have more sessions per day, but for shorter periods. Typical myYearbook members log onto the service 10 and 11 times a day, respectively, on Android and iPhone compared to only two visits by online users. The more numerous mobile sessions add up to more time spent -- about 35 minutes a day via Android, for instance, versus almost 20 minutes online.

Geoff Cook, myYearbook co-founder and COO of parent company Quepasa Corp., said about one in four new users have come through Android or iPhone, which translates into more like one in three new active users because of the heavier usage on mobile phones.

Efforts to monetize the mobile audience are still catching up with rapid growth. The mobile proportion of overall revenue is still only in the single digits. But the company plans to extend its virtual currency -- myYearbook Credits -- used for game play and other activities on the site to its Android and iPhone apps in the first quarter, and the iPad app in the following quarter.

“Traditionally, what we’ve done is launch in a given platform with no ads or monetization to establish baseline user numbers and make sure we know how the metrics look,” said Cook. The numbers for the iPad app may initially be small because only about 4% of myYearbook members currently own the Apple tablet, per a company survey. But through holiday gift-giving and broader adoption generally, Cook expects that proportion to grow steadily.

To help things along, the company has launched a promotion in which it’s giving away an iPad a day for the “12 days of Christmas” from Dec. 25 through Jan. 5. The myYearbook iPad app includes a location-based feature that allows users to find other myYearbook members nearby and post updates and photos on the go.

Beyond the iPad, the company is eyeing the Android-based Kindle Fire as the next target for a tablet app.  Amazon, like Apple, has shown an ability to monetize digital goods and attract a huge number of online customer accounts.