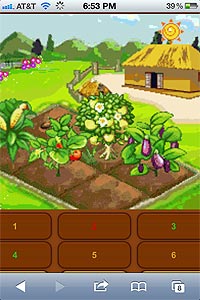 The emerging economy of in-app purchases and virtual currency may be relatively recent phenomena, but the old and expected rules still apply. Kids are always looking for free fun because they just don’t have money to spend, and older consumers sometime just have money to burn. Youth has time, age has money.

In a new study that is less surprising in its results than it is in sheer scale on a new platform, the huge mobile social network MocoSpace polled 500,000 of its 22 million users over the three-month August to November period on their social gaming habits. It turns out that the younger gamers aged 25-35 spent the most time actively playing the social mobile contests. But it is the middle-aged set, over 45 (yeah, admit it, that’s middle aged) that spent considerably more on buying virtual goods.

In fact, age seems to map against spending habits for in-app purchases. The over-35 group was responsible for only 18% of the half million gamers surveyed, but in pure dollar terms they represented 42% of all virtual goods spending. Meanwhile among the kids, the 18- to 25-year-old segment represented 43% of the pool but made only 18% of the purchases.

Mocospace suggests that with more money than time on their hands, older gamers may be eager to spend some coin on extra powers, weapons, etc, in order to accelerate their progress. Or, that by age 45, you have learned when situations are worth muddling through -- and when it is best to buy your way out of them.

For marketers, of course, the free fetish of youth has always been a magnet for making special offers, lathering on the promotions and ads in exchange for content. But if it is also true that older gamers spend money to save time in games, this opens up a lucrative path for advertisers, too. When sponsoring items for this more seasoned set of players, marketers might want to spend less time selling the “free” aspects of their offer and instead promote efficiency as a value exchange.