Model Of The Year: Free... With A Catch 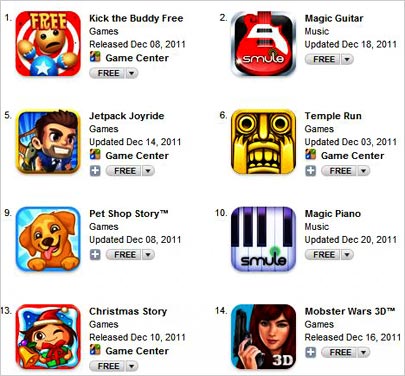 Here he goes waxing nostalgic for the old days of wireless. Yes, but it is still worthwhile putting the fast evolution in mobile into some historical perspective, no matter how short that history has been.

I recall a day in the mid-2000s when carriers went a-courting the name media brands, trying to get their wares into the burgeoning portals of content. The pitch went something like this. Unlike the Web, which is decimating your old media business models, mobile is a platform where people are used to paying for goods and services, and better still, where there is a micro-payment solution baked right into the system: carrier billing.

And so the early guinea pigs of mobile media ponied up one or two dollars a month to get a downloadable version of a magazine or newspaper, a rudimentary game, or even a prehistoric version of a video app. The model was not only pay-to-play, but pay over and over again, in a monthly billing cycle of incremental charges to the home wireless bill that publisher and carrier both hoped consumers would just forget about. Then there were the ridiculously priced $9.99 a month unlimited ringtone and wallpaper subscriptions. How long would consumer put up with that? What the hell were we thinking?

That was then. And this is now, the age of the app. The model has evolved from “pay through your nose” to “pay what you like.” According to multiple end-of-year reports and prognostications, 2011 was the year of freemium. The emergence of in-app purchases this year has changed the game yet again. Apps initially gave us two choices: pay up front, or don’t pay at all and let advertisers carry your weight. ABIResearch reports this week that of the top 250 iOS apps in the Apple App Store across all categories, 88% are free to download. Monetization comes later, either in incremental purchases, subscriptions or ads.

But attitudes toward free apps varies across content types. In the navigation and weather category, about a quarter of the top apps are fee-based, but only 3% of lifestyle apps are paid. For a wide range of content types, upfront payments are almost unheard-of.

In a separate year-end study from app metrics firm Distimo, half of the revenue generated by the top 200 grossing apps in the Apple app Store were from freemium apps that use in-app payments. In the Android Marketplace, the share is even greater, with 65% of revenue from the highest grossers coming from freemium models.

The latter number from Android is good news for a platform that has had its difficulties mimicking the seamlessness of the iOS in-app purchase experience.  ABI Practice Director, Mobile Services Dan Shey says that Apple has had a better track record than Android in getting its users to pay for content. Because in-app buys tend to be impulse purchases, it is important that the payment process be smooth and trivial to the user. “For Google, finally sorting out Android Market’s billing process will be one of the key issues of 2012,” he says in a statement.