Edmunds.com's Anwyl On Autos, Part I 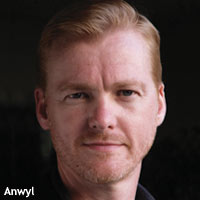 What does the auto market hold for 2012? In this two-parter, Marketing Daily speaks with Jeremy Anwyl, vice chairman of auto shopping and research company Edmunds.com, about the year to come, the year just past, and which players are best positioned for the vicissitudes of the U.S. economy and consumer sentiment.

Q: After the disasters this year in Japan and Thailand, the Japanese automakers are getting close to being "back." Will they be able to grab back market share as well?

A: Well, once they build [vehicles], they have to ship to dealers, so it's not quite "normal" yet, but getting close -- by the January time frame. The "not normal" situation is, with Toyota, the ability to regain lost ground. Toyota will be looking to regain, as will Honda, but it won't be easy. Volkswagen has been on a tear recently and they have very ambitious targets. And Hyundai will certainly try to maintain their momentum, and they are aggressive. Ford and GM will be on the defensive. The question is, if you talk competition, how that plays out in terms of pricing. This past year, automakers have done a good job of maintaining pricing discipline, but I think in this next year that will be challenged.

Q: If you see more incentives next year -- is the issue structural -- given the saturated auto market -- or is it purely the economy that will force pricing?

A: It's both. During the downturn we actually did see production capacity taken out. But we are seeing production ramp up again now. If you were to add up total volume based on what manufacturers say they will deliver next year, you are looking at 30% more than what the market will support. As sales rebound, we could see incentives increase and profitability decline.

Q: General Motors, Ford, and Hyundai have rolled out smaller cars. Superficially, historically high gasoline prices have justified that tactic, but are automakers bringing in customers with these cars or cannibalizing their own larger vehicles?

A: Buyers of Chevy Cruze are not buying (Chevrolet's subcompact car) Sonic, they have been moving up to Malibus. Yes, fuel prices are at a high level, but big price increases are a thing of the past, so we're seeing a migration of consumers back to the mid-size segment. There will be relatively small volumes for Sonic and (the forthcoming Chevrolet) Spark because even though gas prices are high, stability is the key: consumers are getting comfortable with these prices and shifting back into larger vehicles.

Q: Does that bode poorly for hybrids?

A: At the Los Angeles Auto Show, Ford introduced the New Escape, and they didn't have a hybrid version, but an EcoBoost version. That's the sweet spot. So more companies are tweaking internal combustion engines. It doesn't cost a lot of money because the technology is familiar. And it lets consumers have their cake and eat it, too. Frankly, when you get into EVs and hybrids, they are stuck, or going in reverse.

Q: But Toyota has been putting quite a bit of focus over the past year and in coming months as well on Prius, expanding the portfolio and boosting marketing to support the cars. Is this stability bad news for them?

A: You are talking about 1% to 2% of the market, but Toyota has the technology in place and what they have done with Prius is make it not just "a" hybrid, but "the" hybrid. They dominate like Apple with iPod. No, Prius is not huge volumes, but it is the default choice and they are stretching that into other segments. If you talk to a lot of Prius buyers, they don't consider anything else. They buy it because it's a Prius.