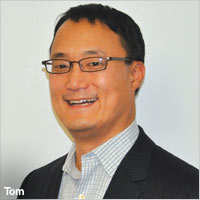 Further bolstering its European presence, WPP’s mobile marketing agency Joule has hired former Microsoft executive Jonathan Tom to serve as vice president, media for EMEA (Europe, Middle East and Africa) in its Paris office. In the new post, Tom will lead mobile media solutions strategy and strategic partnerships across the region, as well as serving as a member of the agency’s global management team.

Prior to joining Joule, Tom was group marketing manager for Microsoft’s mobile advertising business group. During his eight years at the software giant, he handled global marketing and product management activities for a range of products, including mobile media offerings spanning display, rich media search, and location-based services, as well as m-commerce.

Tom managed the launch of Microsoft’s mobile ad network across 15 countries, including the company’s first mobile ad exchange in the U.S.

Before Microsoft, he was a venture capital investor focused on the tech sector and received his MBA from MIT.

Joule CEO Michael Collins called Tom "one of the few true pioneers" in the mobile media field. “His significant expertise with the commercial, technological and marketing aspects of mobile media will be an extremely valuable asset to Joule and our clients.”

Collins said Tom will head the agency’s collaboration with Europe-based online performance marketing agency Quisma to help extend the firm’s business model to mobile. Like Joule, Quisma is a WPP agency that operates under its Tenth Avenue unit, embracing an array of media and marketing services shops.

While mobile content use is surging in both the U.S. and Europe, Tom noted that there are key differences between the two markets. For instance, U.S. consumers are savvy mobile coupon customers, while their French counterparts are more likely to visit an offline store after seeing an ad on their mobile device.

“In this new role, I’m looking forward to working with our European clients to help develop innovative mobile media offerings that are tailored to local mobile consumer behavior in order to consistently meet their campaign goals,” said Tom Wednesday via email.

Earlier this month, Joule opened its Paris office to extend its mobile campaign technology platform to France under the leadership of Ludovic Chayrigues, who joined the agency from Motricity. Joule also operates internationally via outposts in New York, Los Angeles, London, Sydney and Melbourne.