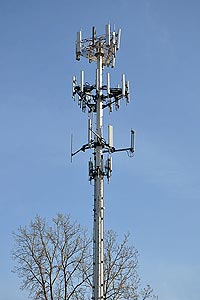 Troubled mobile data services firm Motricity on Thursday said it would shut down its Asian operations as part of a restructuring that would concentrate its business on the North American market. The company will focus on what it sees as growing opportunity in the mobile advertising and enterprise space, while continuing to service the largest American carriers.

In the last couple of years, Motricity had expanded operations in Asia, opening facilities in India, Singapore, Malaysia and Indonesia and catering to wireless operator clients in the region, including Reliance, Axiata, XL and Celcom.

Motricity’s pullback from Asia is the latest sign of turmoil at the company, which has seen its stock plummet in the last year on a series of disappointing earnings reports.

In the third quarter, it reported a net loss of $174.5 million, compared to a profit of $3.3 million in the year-earlier period. Motricity’s shares as of Thursday afternoon were trading at about $1 after hitting a 52-week high of $23.

In a management shakeup in August, Motricity president and COO Jim Smith was named interim CEO after founder and chief executive Ryan Wuerch stepped down. Other top executives, including CFO Allyn Hebner, also left the company, which went public in 2010 in a $250 million offering.

According to a recent Motley Fool analysis, Motricity’s downfall has been that it geared its business to the feature phone market rather than the fast-growing smartphone market. Increased competition in the international arena has also obviously hurt the company.

Smith said “significant adjustments” to Motricity’s cost structure, organizationa and strategy would put the company back on track. The company gets the bulk of its revenue from providing managed service offerings to wireless carriers and enterprises, including mobile Web portals, and marketplaces, messaging and billing support. Verizon Wireless, AT&T and Sprint are among its U.S. customers.