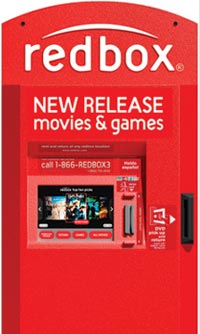 The end of the video store is nigh. According to the NPD Group, consumer rentals of DVD and Blu-Ray movies fell 11% in 2011, compared with the previous year. And those that were rented came from Redbox, which increased its market share to 12% over the year.

In most metro areas, [the video store is] on life support at best,” Russ Crupnick, senior vice president of industry analysis for NPD, tells Marketing Daily. “I think Blockbuster’s latest move to close a lot of stores really puts an end to the video store as we know it.”

“Redbox is the one bright spot in growing both in types of volume,” Crupnick says. “Their footprint is growing, and so consequently is their share.”

Not all of Netflix’s fortunes are bad, however. The company is still the dominant provider of paid digital movie rentals, commanding a 55% share of those rentals in the fourth quarter. In total, nearly a third of all paid movie rentals are coming from video-on-demand services, a number that is likely to grow as more connected devices hit the home.

“As more people get connected TVs and devices and so on, you’ll see Netflix rebound for that,” Crupnick says. “They’re the only game in town when it comes to [the Watch Instantly] plan.”

“The movie-rental market is clearly undergoing a sea change, as consumers become better equipped to access on-demand and streamed movies and are more comfortable with available delivery options,” he says. “Even so, renting physical discs from now- ubiquitous kiosks in grocery stores and other venues has taken the lead as the most popular movie-rental method in the U.S.”