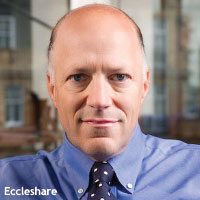 William Eccleshare has been promoted to CEO of Clear Channel Outdoor. Eccleshare comes to the top spot from his previous position as CEO of the international division.

He takes over responsibility for the company’s domestic operations from Ron Cooper, currently CEO of the Americas division.

Eccleshare served as CEO of Clear Channel International from 2009 to the present. Previously, he held senior positions in the advertising business, including chairman and CEO at BBDO EMEA; chairman of Young and Rubicam/Wunderman EMEA; chairman and CEO of Ammirati Puris Lintas for Northern Europe; global strategic planning director for J. Walter Thompson Worldwide; and CEO, PPGH/JWT Amsterdam.

Eccleshare's appointment is the latest in a series of strategic moves under the leadership of Bob Pittman, who was named CEO of Clear Channel parent company CC Media Holdings in October. However, it is the first major change at the company's outdoor division.

Indeed, big changes were afoot even before the re-branding, including the creation of a new national programming platform team and new brand management team. Both are expected to exert more centralized control over formats and content at the company’s radio properties.