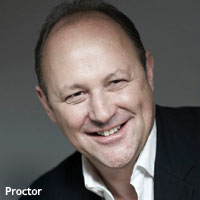 Dominic Proctor, the longtime CEO of Mindshare Worldwide, has been named president of the shop’s management oversight arm, GroupM. The position at the WPP-owned operation is new.

Under the new structure, Proctor will oversee management of GroupM’s agencies worldwide, which in addition to Mindshare include Maxus, MEC, and MediaCom. GroupM’s regional heads, as well as the CEOs of the company’s four major media agencies, will now report to Proctor.

While the firm stopped short of calling the move a succession plan, it solidifies Proctor’s position as the number two executive at GroupM, and sends a signal that the company has been thinking about its future management direction.

Proctor will continue to report to GroupM CEO Irwin Gotlieb, who adds the title of chairman. Gotlieb will now focus on the overall strategic direction of GroupM -- a role he had held in addition to overseeing the daily operations of the firm, which now has over 20,000 employees and 400 offices around the world.

According to billings tracker RECMA, GroupM’s billings totaled nearly $81 billion in 2010, up 12% from the year previous year and top-ranked among the major media agency holding companies. The company cited its sheer size as a key reason for creating the new post. The operation is simply too large for one executive to run while keeping an eye on its future direction.

At Mindshare, Proctor will be succeeded as Worldwide CEO by Nick Emery, currently the London-based chief strategy officer for Mindshare. Emery, a Mindshare veteran who joined the company when it was founded in 1997,  has worked closely with Proctor.

“These changes represent a logical and important progression for us, and we’re confident that our clients and staff will prosper as a consequence,” Gotlieb stated. “Our rate of growth and the complexity of our business require that we constantly evolve.”

Proctor is a 30-plus-year agency veteran who launched Mindshare Worldwide in September 1997 as WPP’s first stand-alone media agency and led the company over the ensuing years to its current position as one of the leading media shops in the world. He started his career in 1979 and worked in various advertising agencies before joining JWT in London, where he became media director in 1989, managing director in 1991, and CEO in December 1992.

Proctor added: “We have many more moving parts, and we need more operational management to maximize the opportunities across our agencies.”