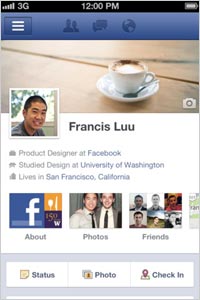 In its updated mobile ad forecast released Wednesday, eMarketer ranked Millennial Media third behind only Google and Apple, with a 17.7% share of ad dollars last year. Aiming to gain more ground on its rivals, the mobile ad network has rolled out a new service allowing brands to retarget people who previously downloaded their apps.

Millennial will serve mobile display ads in other apps or on the mobile Web. They are designed to drive users back to specific parts of an app.

For example, an airline with a branded app could run an ad sending people to the place where they book a flight or a special “deals” page that showed all the current last-minute offers. It might also highlight the app’s section with information on various destinations.

The Millennial announcement promises this deep-linking process will boost usage, but the company did not provide any data showing results from retargeting.

It did say the program would provide advertisers with the ability to track in-app transactions -- assuming people click on the ads to get reacquainted with an app.

Jamie Fellows, SVP of product at Millennial, said just launching an app, even for a well-known brand, isn’t enough. “Brands need to make sure the experience is good; they need to make sure users are finding the app, and perhaps most importantly, they need to take steps to drive sustained consumer usage," he said.

Mobile app analytics and ad firm Flurry introduced a similar tool for developers last October called AppCircle Re-Engagement. The idea is to lure back users by reminding them of what they’re missing -- even when they are in other apps. At the time, Flurry said more than two-thirds of newly acquired app users disappear within two months.

As it prepares for its planned IPO, Millennial can use new revenue streams. In its IPO filing to raise up to $75 million, the company reported $69.1 million in sales for the first nine months of 2011, but is not yet profitable.