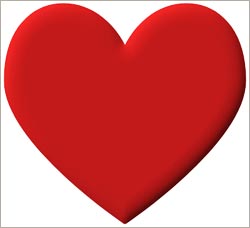 Searches across google.com continue to rise, identifying a "love connection" between brands and consumers. Valentine's Day-related searches rose 35% so far this year compared with last. Web searches and campaigns will influence about half of retail sales this year, according to Google, and about 86% of buyers who purchase items in the store will find them through generic searches online.

Not only are more people searching on love-related queries, but they're searching earlier. Last year, people began looking for Valentine’s Day ideas on Jan. 9. This year the upward trend began Jan. 7, according to Google.

Across categories, jewelry rose 42% in mobile and desktop queries compared with January of last year; gifts jumped 27%; and flowers, 18%. The searches are not just occurring on google.com, but YouTube, too.

It might seem a little mind-boggling, but Google estimates that Web- influenced sales will reach 210 billion this year. Money remains tight, but last Valentine's Day, consumers in the U.S. spent more than $15 billion -- up from $14 billion.

And for those looking for a new way to say "I love you," Moet & Chandon launched an offline and online campaign that turns the bottle pink and comes with a marker that lets couples express their love. It also encourages them to post pictures on Facebook. In a video explaining the promotion, stick figures dance around using spay paint to outline the bottle and encourage viewers to Tag Your Love with words like Marry Me.'