At The Fair: Splurge Toys Are Back 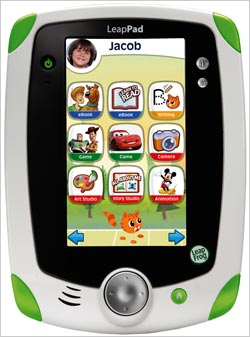 With Toy Fair -- and the 100,000 or so new products that come with it -- now in full swing, experts say they are seeing clear trends emerge, including a shift back to pricey toys with a real “wow” factor.

That news comes amid a downturn in toy sales last year, with the NPD Group reporting a 2% decline in U.S. toy sales to $21.18 billion, compared to $21.68 billion in 2010. And despite concerted efforts from chains like Walmart, Target and Toys R Us to impress families with affordable choices, often under $20, “the over-arching story for 2011 was that consumers made purchasing trade-offs.

When they did buy toys, compared to last year they purchased more higher-priced toys at the expense of mid- to lower-priced ones," the Port Washington, N.Y-based market researcher says in its new annual analysis. “Consumers appeared to 'shore up' spending on toys for their own families, while share of dollars spent for 'non-family' members declined.”

The trade show, now in its 109th year, says it is also seeing plenty of bright lights, often powered by LED, ever-more educational toys aimed at younger tots, and a genuine mania for app-driven playthings.

“Toymakers continue to innovate at the speed of light to keep up with trends in other areas – from pop culture to technology – because they know that kids want to be a part of the mix and mimic what's happening in the world around them,” writes Adrienne Appell, the Toy Industry Association’s in-house trend expert. “The toy industry draws upon economic and birth rate data to determine price points and product lines, which accounts for the prevalence this year of big-ticket items and toys for infants and pre-school children.”

Separately, the Toy Industry Association announced that LeapFrog won this year's coveted Toy of the Year honors for its LeapPad Explorer Tablet.

Among the biggest trends of the year is what she calls the “save n’ splurge” effect, betting that parents will be increasingly receptive to higher-priced toys at the expense of mid- to lower-priced ones, as long as the toys “pack a high play-value punch or have a certain 'wow factor'," according to Appell.

Apps are also driving the market, with “an abundance of toys that work with smart devices and apps. Toymakers are using technology to enhance classic play patterns, not erase them. Physical toys remain integral to the play experience; in many cases, companies have created traditional toys that interact with popular devices that are already in so many homes … while tying in educational or active components for a well-rounded play experience.”