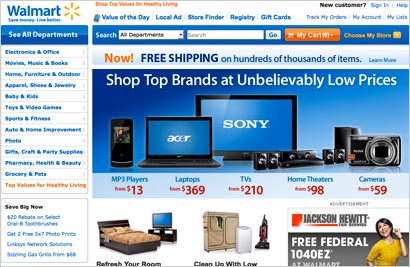 E-commerce is increasingly emerging as the primary language for most retailers, reports a new study from the National Retail Federation, with big investments in IT, Web sites and online marketing in store for the year ahead.

Chains are also increasingly reliant on new media in their marketing mix: Online marketing activities represented more than 30% of the total marketing budget for 36% of those surveyed -- four times the number in 2010. Print advertising remained a strong focus, with 29% of those polled saying it accounted for 30% or more of their marketing spending.

“Direct mail continued to spark renewed interest, accounting for more than 30% of marketing dollars for more than one-third of those polled, a 2 to 1 increase over 2010,” the report says. “Organizations also spent more on in-store promotions to tie outreach more directly to sales volumes. By contrast, radio and event sponsorship saw the biggest drop-off in spending, with the majority of those surveyed spending less than 5% of their total budget in these areas.”

The report, done in conjunction with KPMG, finds that customer satisfaction is a top priority, with 82% percent saying customer service strategies will be their top priority in the coming year, up from 75% last year. And increasingly, that means shoring up the e-commerce lines.

Retailers are putting their money where their mouth is, too. After years of tight controls, the majority -- 52%-- now say they plan to up their IT budgets this year.

More than half (53%) intend to focus on Web personalization engines in the coming months, which includes such enhancements as location-based services and tracking methods unique to shopping habits. And 33% plan further mobile point-of-sale investments in 2012; 17% have already done so. Some 45% are actively developing widgets, gadgets or advanced links that can be incorporated with social media pages; 41% say they intend to develop these items over the next 18 months.

“Though customers are always a company’s top priority, customer satisfaction will get a huge facelift this year,” writes NRF President and CEO Matthew Shay in its release. “From increasing their brand visibility through cross-channel initiatives to providing unique, personalized shopping experiences through every channel, retailers have indicated 2012 is all about the customer.”