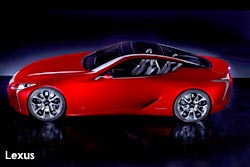 When it comes to vehicle dependability, Toyota's back on top -- but with little time for laurel resting: so is everyone else, it seems, and the domestic manufacturers -- General Motors, Ford Motor and Chrysler LLC -- are improving the fastest.

After having slipped a bit for sundry reasons in recent studies, Toyota now leads in the just-released 2012 J.D. Power & Associates “U.S. Vehicle Dependability” study, which actually measures 2009 model vehicles since it polled original owners about their experience after three years of ownership. Overall dependability is determined by the level of problems experienced per 100 vehicles (PP100), with a lower score reflecting higher quality.

The study, which is based on a survey of 31,000 owners over the past 12 months, finds that overall vehicle dependability across brands selling vehicles in the U.S. has improved 13% versus last year's study of 2008 model vehicles. The new scores give the industry the lowest problem rate since the inception of the study in 1990, per the Westlake Village, Calif. firm.

In 2012, overall vehicle dependability averages 132 PP100 from last year's average of 151. That follows, since according to the J.D. Power and Associates 2009 Initial Quality Study, SM overall initial quality of 2009 model-year vehicles was, at the time, the highest level of initial quality since the inaugural IQS in 1987.

“Building vehicles with high levels of dependability is obviously a necessary element in reshaping consumer perceptions,” said Sargent. “Negative quality perceptions are notoriously difficult to change, and it takes considerable time, but effectively communicating improvements in dependability may reduce concerns, and by extension, help new-vehicle sales.”

When it gets down to specifics, Lexus ranks highest in vehicle dependability among all nameplates in 2012. In addition, the Lexus LS has the fewest problems in the industry. Other top brands are Porsche, Cadillac, Toyota and Scion, respectively. MINI and Scion post the greatest year-over-year improvements from 2011.

Ford Motor Company receives three model awards for the Ford Explorer (in a tie with the Nissan Murano); Ford Fusion; and Lincoln MKZ (in a tie). General Motors (Buick Lucerne and Chevrolet Equinox) and Nissan Motor Co., Ltd. (Nissan Frontier and Nissan Murano, in a tie with the Ford Explorer) each receive two awards. In addition, the Hyundai Genesis also receives an award. Although there are no awards in their respective segments due to an insufficient number of award-eligible models, or insufficient market share of award-eligible models in the segment, these models also perform particularly well: Ford Mustang, GMC Yukon and Porsche 911.