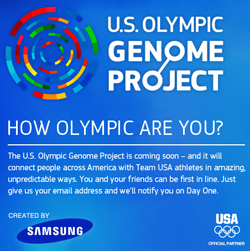 Brands win if they create personalized engagement. During the Super Bowl, people weren't just watching ads, they were creating content. According to Adobe, there were 12,223 tweets every second, per Chris Robinson, senior director of product management and advertising solutions at Adobe.

Speaking at the 2012 Association of National Advertisers' TV & Everything Video Forum in New York on Thursday, he pointed out that viewers are becoming participants in programming that is driving overlap in media platforms online and off. But he added that marketers are, by and large, “delivering a disjointed experience to consumers."

Samsung's consumer electronics division, for its part, is trying to bridge the gap by going beyond storytelling. Ralph Santana, SVP and CMO of Samsung North America, said social networking must be about story sharing. "Volkswagen set the bar in terms of how big and impactful sharing your story can be. But moving forward, we are moving into collaboratively creating stories with consumers."

Santana said the goal is to give people an avenue to be more involved and interactive with brands and to give marketers ways to be more dynamic in terms of how they can tell their brands' stories. He said Samsung’s strategy is to create platforms that allow people to create their own stories, and by sharing, allowing them to also tell the brand story. "This enables consumers to put the brand at the center of their experience that can play out on multiple screens, tap into multiple behaviors and platforms in a way that is collaborative and real-time."

Samsung is about to launch such a program around the London Olympics, noted Santana -- who said the brand ultimately wants to be a curator by enabling and eliciting a superior sports experience. That, he said, is the point behind the U.S. Olympic Genome Project, which the company will launch in coming weeks. The initial "How Olympic Are You?" phase encourages people to use Samsung's platform to find athletes with whom they share a degree of separation. "The way it starts is a call to action," he said. The effort uses Facebook to let people create a family tree that shows the Olympic athlete connection.

The idea is to curate a community that people can create and share.

"Ultimately, it enables you as a consumer to experience us as a brand. It allows us to enable a superior consumer fan-centric experience."