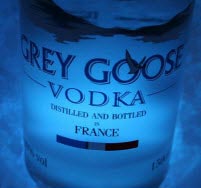 When it comes to beverages ordered in restaurants and other away-from-home venues, men and women generally prefer the same vodka brands. Moreover, the preferences are also fairly similar across age groups.

The #1 and #2 vodka brands -– Grey Goose and Absolut, cited as the preferred away-from-home brands by 18% and 12% of total respondents, respectively -- are both preferred equally by men and women, reports NPD.

The next three in the rankings –- Smirnoff, Ketel One and Stolichnaya (preferred by 10%, 7% and 5% of total respondents, respectively) –- show only a slight preference skew among men versus women.

What is Grey Goose doing right? NPD hasn’t publicly revealed factors behind brand-specific performance, but it’s interesting to note that Grey Goose doubled its summer-season ad spending last year with the objective of having the “#1 share of voice” among vodkas during that critical period, brand director Michelle Beauchamp told Marketing Daily.

The push included heavy airing between May and September of the brand’s distinctive black-and-white “Reunion” TV spot (originally launched during the winter holidays). And that ad -- showing young-adult friends getting together in an upscale nightclub over Grey Goose cocktails, with the Rolling Stone’s “Miss You” as the only audio component – harks back to Grey Goose’s original on-premise-directed marketing strategy, as opposed to the brand’s previous “Discerning Tastes” campaign, which stressed the premium brand’s quality/sensory benefits.