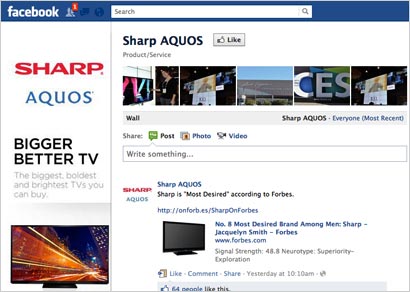 The availability of information about consumer electronics through social networks has changed the way people get information about their purchases, but the practice is still new enough that companies have an opportunity to enter the equation.

According to a study from the Consumer Electronics Association, nearly a quarter of social media users say they “always or almost always” refer to their networks before purchasing a CE device, while 38% say reviews or comments by someone they know influenced their purchase decision.

“There’s a huge opportunity for the industry to get some of the people who say they rarely or never do [online social media research] to start doing so,” Chris Ely, manager of industry analysis at the CEA, tells Marketing Daily. “The fact that almost 6 in 10 say they don’t do it before [purchasing] is an opportunity for retailers and manufacturers.”

That inkling is borne out by consumers considered “high-engagement users” of social media (those who spend more than 13.5 hours a week on their social media sites). Among them, 65% say they “always or almost always” refer to their networks before purchase, while 84% were influenced by reviews or comments from someone they know.

“Fifty-five percent of social media users said that discounts and promotions drove them to friend or follow a page, followed by contests at 42%,” Ely says. “We have a lot of opportunities out there, and I think people who are looking for bargains or discounts, there’s a great opportunity to use social media to promote products.”