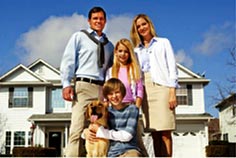 The campaign -- which is the first work from agency Leo Burnett, which won the business six months ago -- includes print, digital out-of-home, regional TV, online and radio for the Cincinnati-based financial services company.

“Curious people ask better questions, listen carefully, and find better answers,” said Larry Magnesen, senior vice president and chief marketing officer, Fifth Third Bancorp, in a release. “As we sought to reflect the important changes we have made over the past several years to the way we do business, curiosity surfaced as an important value we wanted to affirm with our own employees: be curious about our customers’ needs, be curious about the way things could be made easier, and be curious about how we can innovate our products and services.”

The campaign demonstrates how Fifth Third and its bankers are never satisfied with the status quo. Instead, they want to know more, do more and create more. Customers benefit from a bank that is engaged in people’s lives and businesses and inspired by what people really need.

Customers have said that it’s time to see a change in the banking industry, Magnesen said. “They want to see a bank make a real break from the industry mold and place them first,” he said. “We are committed to challenging the status quo and improving our customers’ lives.”

Many banks seem out of touch with the world around them, said Rich Stoddart, president, Leo Burnett North America. “This new brand platform shows that Fifth Third bankers listen differently, which in turn lets them truly understand their customers and respond with fresh approaches,” he said.