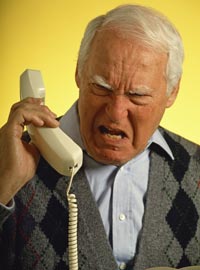 Fees are the main reason customers shop for a new primary bank, according to the J.D. Power and Associates 2012 U.S. Bank Customer Switching and Acquisition study.

One-third of customers of big and large regional banks cite fees as the main shopping trigger. However, poor service and unmet customer expectations also has fueled increases in defection rates among customers of large, regional and midsize banks.

Among big banks, regional banks and midsize banks, switching rates average between 10% and 11.3%, while the defection rate for small banks and credit unions averages only 0.9%, a significant drop from 8.8% in 2011.

The study, which examines the bank shopping and selection process, finds that 9.6% of customers in 2012 indicate they switched their primary banking institution during the past year to a new provider. This is up from 8.7% in 2011 and 7.7% in 2010.

"When banks announce the implementation of new fees, public reaction can be quite volatile and result in customers voting with their feet," said Michael Beird, director of the banking services practice at J.D. Power and Associates, in a release.

However, customers weigh the price they pay against the value of their experience.

"It is apparent that new or increased fees are the proverbial straws that break the camel's back," Beird said. "Service experiences that fall below customer expectations are a powerful influencer that primes customers for switching once a subsequent event gives them a final reason to defect. Regardless of bank size, more than one-half of all customers who said fees were the main reason to shop for another bank also indicated that their prior bank provided poor service."

At one of the highest-performing big banks, 19% of customers indicate these promotions were the reason they selected their new bank. However, according to Beird, doing a good job for customers is not just about dollars, but also about loyalty and retention.