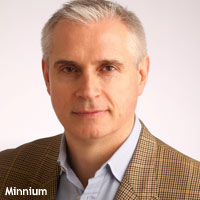 The five new formats -- Filmstrip, Slider, Adhesion Banner, Full Page and Push -- for mobile advertising that the IAB has chosen as "Rising Stars" isn't an overnight project, and it won't be a matter of running the five digital advertising formats up a flagpole and announcing them as new standards. It's been a long road, and the process will continue for several more months.

The "Rising Stars" process has three core components, starting with an open call for entries, an evaluation by an ad Agency Working Group, and a one-year period of build-out, adoption, and testing -- in this case leading to the first-ever IAB Mobile Ad Standards.

Next comes an exhaustive, months-long process involving -- as Peter Minnium, the IAB's head of brand initiatives and leader of its Rising Stars program, describes it -- something of a Dantean journey from purgatory to heaven with a side trip through the various circles of hell to develop specifications that will work for all devices and mobile platforms.

Participating in that journey will be the digital brain trusts from the 12 companies that were victorious (perhaps somewhat Pyrrhically victorious, actually, given the work the winners will have ahead of them) in getting their ad formats chosen as "Rising Stars." They include AOL, Google, Microsoft and Pointroll, The Weather Channel and Yahoo. Although the companies will collaborate with IAB, its Mobile Marketing Center of Excellence, Agency Working Group, and mobile ad ops experts to build specifications, Minnium says the heavy lifting will be done by the companies themselves.

Minnium tells Marketing Daily that hours of palavering by the 36 members of the Agency Working Group in the IAB Ad Lab in New York preceded the selection of the 12 winning companies and the distribution of their winning formats among five mobile-ad format concepts. "There was heated debate with strong advocates for all of them. We then put the final concepts on a whiteboard with the 12 mobile units falling into five concept areas,” he says.

"We targeted between three and six formats -- and the truth is, we had to kill some of our babies along the way; it was a very difficult, full-day process with 36 very vocal and active agency executives, and frankly, the sixth, seventh and eighth concepts were hotly debated,” recounts Minnium.

Next, the 12 winning companies will convene with mobile innovators to develop final specs for IAB versions of each of the concepts. Minnium says the working groups will spend between 90 and 120 days hashing out the new specifications. "In the end, we are attempting to build out specs for each of the five concepts to work across screens, devices, operating systems, the mobile Web and applications."

One issue was whether, given the speed of evolution of technology in the mobile space, this was even the right time to put standards into place. Is it just too soon? Minnium concedes that the IAB's decision to go ahead and establish the first-ever mobile ad standards -- and it's not a minor thing since the IAB says over 80% of advertisers adopt its formats -- involved a compromise.

"We need these; it's torture for agencies to develop mobile campaigns at scale right now. The consensus among the agency working group was that, yes, this was the right time. I won't call them 'bread and butter' but you will see that the units themselves are simple and elegant user experiences; they are formats that the agencies can easily understand and design around."

To see what happens at the end of this process, one need only see what the IAB also announced this week: the first major revamp of its display Standard Ad Units since 2003, when the 728x90 Leaderboard was made a standard. "We started that process two years ago. It involved winnowing the existing list of standards and delisting eleven suboptimal units, leaving seven remaining while also enlisting new, creative-friendly units," says Minnium.

"The display 'Rising Stars' program was the way that we did that. So in essence, the Rising Stars program for mobile is a year behind the Display program, but the same principles apply: a year ago we announced six display Rising Stars, which went into a build-out, adoption and evaluation phase, and they were just now officially incorporated into the IAB display Standard Ad Unit Portfolio."