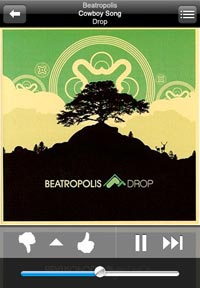 Wall Street analysts expect Internet radio service Pandora to show another quarter of strong growth when it reports fourth-quarter earnings after the closing bell Tuesday. The company’s shares rose on Monday in particular because of an upgrade to “buy” from “hold” by Stifel Nicolaus analyst Jordan Rohan.

In his new report, he described Pandora as a “must-have” application for smartphones and tablets and predicts that ad dollars will follow. He points out that the company continues to expand its local ad sales force in major markets such as Los Angeles, New York and Chicago.

“Its efforts are noticeable with the increased appearance of local advertising and newer formats, such as videos rolls on smartphones,” he wrote. “The sales organization appears to remain nimble and open to unique opportunities, such as a Leap Day sponsorship by Lexus and a coordinated campaign by JC Penney.”

JP Morgan analyst Doug Anmuth projects revenue of $83.3 million, reflecting 80% advertising growth and a 40% increase in subscription sales. He also estimates that active users during the quarter increased to $43 million from $40 million, with total listening hours up 87% from a year ago.

In January, Pandora said at CES it had 125 million registered users, above JP Morgan’s estimate of 115 million.

Roughly half of the company’s ad revenue in the third quarter came from its mobile properties, underscoring growing usage on mobile phones and other connected devices, where the majority of listening now takes place. Anmuth noted that until Pandora can better monetize its burgeoning mobile inventory, it will continue to weigh on the company’s near-term profitability. But he expects that capability to improve over the next few years.

For the current quarter, Anmuth expects a seasonal dropoff in ad spending, which will result in an EBIDTA loss of $6.9 million. “The beginning of the year is simply a slower period for Pandora’s advertisers,” he wrote.

Looking ahead, Stifel, Nicolaus’ Rohan has set a price target of $18 on Pandora shares, which were trading up about 6% Monday at $14.70. The company went public last July with an offering price of $16 a share.