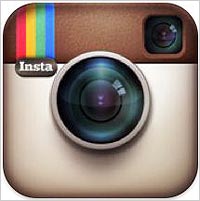 At SXSW this weekend, Instagram chief executive Kevin Systrom announced that the hot photo-sharing mobile social media app has over 27 million registered users, according to reports at Wired and TechCrunch.

How that raw number of registered users translates into actual traffic and habitual use is less clear, as it usually is with the hot new things. In his fireside chat with TechCrunch editor Alexia Tsotsis, Systrom only said cryptically that among the users who had been active in the last week, 67% used the app yesterday. Whatever that is supposed to mean. And, he claims, “it’s Facebook-level engagement that we’re seeing.” Again -- whatever that means.

Apple has declared Instagram, which allows users to quickly modify and share photos from their iPhone, its App of the Year for 2011. And the founders of the small company have been promising an Android version for many months. At SXSW, Systrom actually showed the upcoming release for the Google platform and declared: “In some ways, it’s better than our iOS app.”

While Instagram has no apparent business model yet, The Wall Street Journal reports that it is embarking on a new round of funding that will value the company at $500 million. The company is less than two years old and has 13 employees. Some clothing brands such as Ann Taylor, Urban Outfitters and Marc Jacobs are using Instagram in much the same way that brands are experimenting with online visual social network Pinterest. They are distributing striking images of their products and styles through their own accounts.

Instagram still has not committed to a firm date for releasing the hotly anticipated Android version, although they now say it is coming very soon.