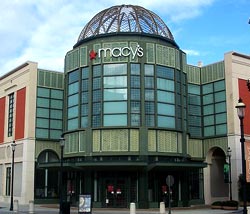 Macy’s says it is rethinking the way it approaches Gen Y, and is announcing a new initiative to build its relationship with the Millennial crowd, which it defines as being between 13 and 30.

While the move may sound obvious (what department store doesn’t need to know what kind of jeans, jewelry and makeup these big spenders are buying?), experts say it is also a nod to the decidedly different preferences of this demographic, and to the increasingly precarious positioning of department stores in general.

“The Gen Y mindset involves looking for a different kind of shopping experience,” Dan Schawbel, a founder and managing partner of Millennial Branding, a Boston-based consulting firm, tells Marketing Daily. “They are looking for something modern, so Macy’s history isn’t that interesting to them. They need to be engaged in a way that makes them feel a part of the experience. They want to be talked to. They want you to market just to them.”

Macy’s, which says this group spends some $65 billion each year for the type of goods typically sold at Macy’s, reports that it will implement the new plan in stages over the next three years, and “significantly enhance Macy’s assortment and shopping experience in mstylelab (the merchandise area primarily serving customers ages 13 to 22) and Impulse (primarily serving customers ages 19 to 30).”

Among the changes are a closer look at customer lifestyles, with the Cincinnati-based retailer now focusing on four distinct profiles for women and men, which define how they see themselves on the spectrum of fashion and newness, and using those to influence their merchandising, marketing and private label strategies, including a greater emphasis on local merchandising.

Just as important, though, is the store’s increased focus on channels. While its e-commerce and mobile initiatives, including the extensive use of QR codes throughout the store and in TV advertising, are already somewhat ahead of many retailers, it says it will dial up those efforts, with more use of tablets, texting, tap-and-go transaction processing and offers delivered via mobile. It also intends to boost its site’s offerings, adding more microsites and bloggers.

That will play well, predicts Schawbel. “Gen Y can be seen as selfish, in that they like to see things created just for them, and shopping via technology is very important to them.”