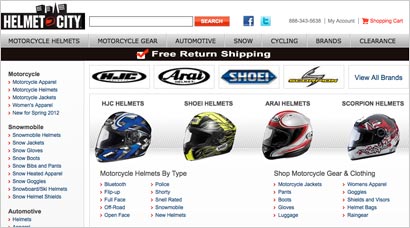 Did your company have a Web site in 1997 -- and was search engine optimization (SEO) a consideration? John Uyeyama, CEO and founder of Helmet City, which sells motorcycle helmets and other related gear, launched the company's Web site that year.

"Keywords like 'motorcycle helmets' were not competitive at that time because the Internet was so new," he said. "We hired a company that got us ranking No. 1 almost immediately, and then business picked up 30% as soon as we started taking orders online."

Search visibility brings more traffic to Web sites -- and this was the case even back in the 1990s. It wasn't until 2007 or 2008, however, when Uyeyama realized the company started to lose ground online. So the company hired a couple of SEO consultants and link builder, who wanted to change the Web site's URL structure with a goal to improve rankings on category pages.

It turns out the company's revenue from organic search traffic rose about 59%, compared with the previous year, he said. Altruik helped to speed page load times -- about three times faster. On average, monthly organic traffic grew more than 74%, new site visitors through organic search rose more than 30%, and pages receiving traffic jumped 74%. Now more than 31% of the search keyword terms drive traffic to the site.

The company also began experimenting with retargeting through Magnetic, but is still awaiting results. Uyeyama plans to work on branding next.