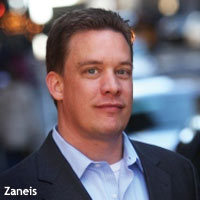 "The term 'data broker' has no widely accepted definition, and the definition proposed in the Commission’s framework is extremely broad," Zaneis says in prepared testimony submitted to Congress in advance of Thursday's hearing. He adds that the definition of the term in the report could encompass "virtually every publisher site, advertiser, ad network, or analytics firm."

The FTC's privacy report, released on Monday, includes a recommendation that Congress enact new laws requiring data brokers to give consumers access to information about them. The FTC also urged data brokers to create a centralized site where they can explain to consumers how their data is collected and used.

The report characterizes data brokers as companies that collect information about consumers in order to resell the data for identity verification, fraud prevention, marketing and other purposes. Zaneis says in his testimony that the definition should be narrowed in order "to avoid unintended and counterproductive outcomes."

Recommendations regarding data brokers are just one topic that is likely to be discussed at Thursday's hearing by the House Energy and Commerce Subcommittee on Commerce, Manufacturing, and Trade. Lawmakers also could address the FTC's call for baseline privacy laws.

Zaneis says in his prepared testimony that the IAB "does not believe that such new legislation is needed at this time."

He adds that "laws and regulations are inflexible and can quickly become outdated in the face of evolving technologies."

Zaneis also touts the industry's self-regulatory program, which centers on using icons to inform people about online behavioral advertising. He says in his testimony that the icon is now served in nearly 1 trillion ad impressions each month, and that the DAA program covers an estimated 90% of ads that are targeted based on users' Web-surfing behavior.

Brookman is expected to press lawmakers to enact baseline privacy laws. "Without a framework in place to assure everyday consumers of the ability to limit the collection and retention of the minutiae of their lives by unknown third parties, any sense of a realm of personal privacy may completely evaporate," he says in prepared remarks that were submitted to Congress in advance of the hearing.