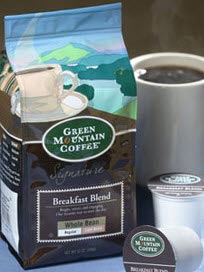 Harris Interactive has provided more detail on the equity rankings of beverage brands within its 2012 Harris Poll EquiTrend study, based on surveying consumers about 1,500-plus brands over 127 product categories.

Harris had reported that two beverage brands made the list of 15 brands across all categories deemed “mega-brands” by dint of having been ranked #1 within their respective categories every year since 2005: Coca-Cola (soft drinks) and Gatorade (sports drinks).

Here are more, just-released specifics on how various beverages categories played out:

Green Mountain led 13 other ground-coffee brands on the basis of earning the highest quality and purchase-consideration scores. The other six coffee brands that exceeded the average equity score for the category (in order) are Folger’s, Dunkin’ Donuts, Millstone, Eight O’Clock, Maxwell House and Caribou. Harris declined to reveal how Starbucks or the other six brands studied fell in the rankings, because its policy is not to reveal the equity scores of brands that did not score above the average for the category, according to a spokesperson for the researcher.

Green Mountain “is by no means the best-known coffee brand, but it is clear that those who do know it love it,” Harris Interactive EVP Robert Fronk points out. “Its high standing may also be a reflection of the efficacy in ‘doing well by doing good.’ It has attained a reputation as an exceptional corporate citizen. One implication from this study is that good corporate citizens that also produce high-quality products are very likely to generate exceptional levels of brand equity.”

Within carbonated soft drinks, Coca-Cola is followed by Pepsi, Sprite, 7-Up and Dr Pepper. Within diet CSDs, Diet Coke is followed by Sprite Zero, Diet Dr Pepper and Coke Zero.

Among energy drinks, SoBe Adrenaline Rush is followed by the Amp and Rock Star brands.

Harris noted that Glaceau vitaminwater, which was the only brand among enhanced waters to exceed the category’s average, showed particularly strong year-over-year momentum. Among non-enhanced bottled waters, Poland Spring is followed by Deer Park, Arrowhead, Ice Mountain, Aquafina and Dasani.

In hot teas, runners-up to Lipton include Bigelow, Twinings, Celestial Seasonings and Tazo. In bottled teas, Lipton is followed by Luzianne and Turkey Hill.