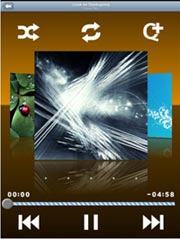 In a move that further signals its intentions to challenge Apple and Google in the cross-platform content market, Samsung has acquired longtime mobile streaming company mSpot.

Calling the company a “leading mobile cloud-based content service provider," Samsung is buying into one of the earliest providers of mobile movie and music content on cell phones, dating back to its inception in 2004. According to Samsung, the mSpot services will be integrated into forthcoming Samsung devices.

mSpot was among the first media services to provide full-length movies on mobile platforms, even in the pre-smartphone feature phone era. Currently the company offers mSpot Music, a cloud-based player that enables users to upload their own libraries for access on phone and tablet devices. mSpot Movies is a film rental service that allows cross-platform access to content from major studios.

Samsung and Apple are two perennial contenders for the lead in mobile handset market share. Samsung has been developing the Galaxy brand of Android-powered tablets, but its TVs have a living room presence that Apple does not.